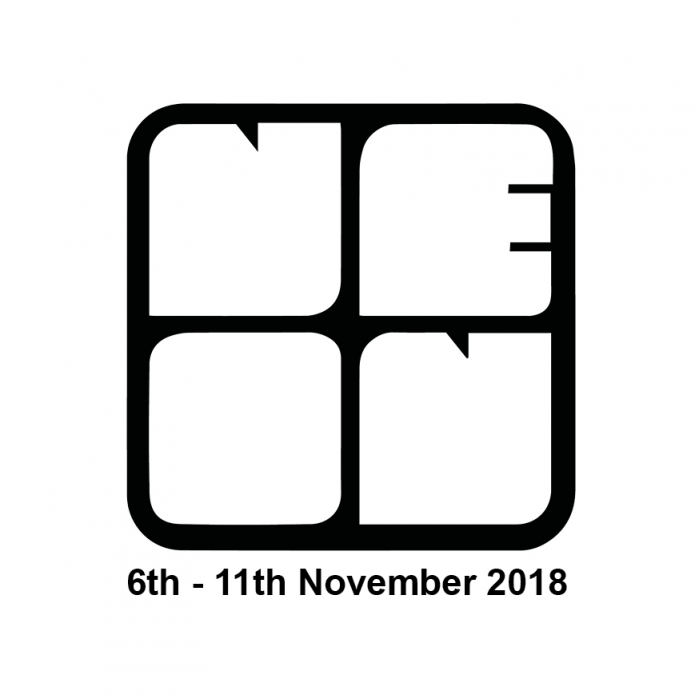 Are you overwhelmed by the amount of events, activities, exhibitions, and talks taking place this week as part of NEoN digital arts festival? Here’s a handy day-by-day breakdown of what’s on. Of course not everything is included – for instance there will be workshops taking place in our temporary Activity Room in the Wellgate shopping centre throughout the festival – but hopefully this will help you structure your experience of NEoN this year!

This is the first official day of the festival, so if you’re free during the day visit the Wellgate and check out AL and AL’s exhibition ‘Down The Rabbit Hole’ and the Weave by Abertay group show ‘Lifespans: Forever and Ever’. They’ve taken over some vacant lots, so if you enjoy seeing art in ordinary public spaces you won’t be disappointed.

In the early evening head down to South Tay Street where Bronwin Patrickson will be giving a talk on Making A Living in The Arts at Innis & Gunn. Afterward walk round the corner to Dundee Rep for Pecha Kucha (though tickets may be sold out at this point).

During the day why don’t you wander past Slessor Gardens and take a look at Xerox’s Paradox by John Butler – a series of posters based around a vision of a future where work is enforced ideologically and economically, despite the almost fully automation of every job. While you’re there you could pop into the Sleeperz Hotel and see Julie Freeman’s living artwork We Need Us.

Later head over to the George Orwell pub on the Perth Road for the screening programme – a series of shorts from national and international artists.

One of the busiest days of the festival, start off at Dundee Botanic Gardens for Tega Brain’s ‘Being Radiotropic’ series in the morning before settling down for ‘Lifespans & Legacies’ – a series of talks in the Dalhousie Building on the University of Dundee campus in the afternoon.

Then make your way ten minutes down the road to St Peter’s Church where the Festival Walking Tour will begin with a performance from Sistema Scotland and Tinderbox. Without spoiling too much, the tour is an opportunity to visit many of the key exhibitions of the festival while receiving complimentary food and drink at many of the locations. Wrap up warm.

Another busy day, starting with the mini-symposium at Dundee’s brand new V&A. Chaired by our co-curator Sarah Cook, this line-up of speakers is sure to get you thinking about digital and new media art in an international context.

In the evening there will be a screening of the Disney Pixar film ‘Coco’ in the Centerspace Gallery of the DCA. Costumes inspired by the Mexican Dia de los Muertos holiday are encouraged – you might even win a prize!

Just after lunch make your way to Centerspace again for ‘Sustain Your Errors’, a collaborative project in response to the scores and practices of musician David Cunningham. Then have a bit of a break before…

Queuing for Neon At Night at the Reading Rooms! It might start at 9pm, but with online tickets sold out and only fifty available on the door it might be worth going down a bit earlier. This year’s late night party includes DJs and stunning visuals. Not to be missed.

Many of the exhibitions will continue until Sunday (or longer), giving you another chance to see the shows. In the activity room there will be various workshops including one inspired by the Generator Projects show ‘Flesh and Finitude‘ commissioned as part of NEoN. Tea and coffee available.

So there you have it, a rough guide to this year’s NEoN digital arts festival. The key points are to wrap up warm and read the programme twice to make sure you don’t miss anything! Have a great festival!

Times and exact locations are listed in detail in our festival programme.