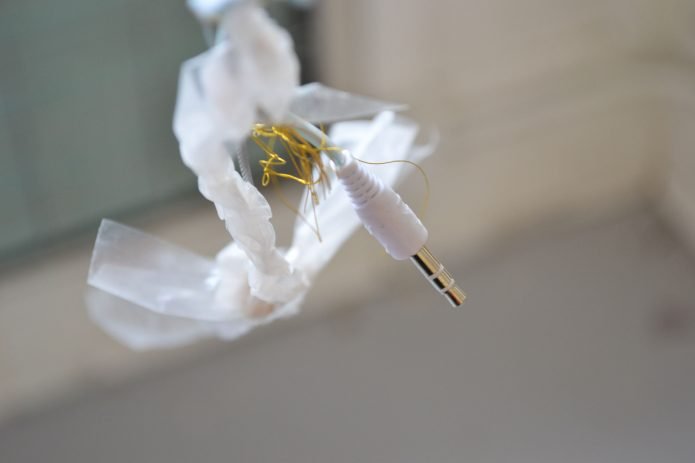 The exhibition, “Flesh and Finitude”, has borrowed its title from Cary Wolfe’s book, What is Posthumanism (2010). It explores the boundaries of human life and body. What is the end of the human and where does something else begin?  This year’s NEoN festival’s theme is ‘Lifespans’ and our exhibition’s aim is to investigate the ‘posthuman condition’, the lifespan of ‘human’ as we know it.  Five artists were invited to provide different points of enquiry into what it means to be human in relation to other species, Nature, objects, technology, and humanity itself.

“Not all of us can say, with any degree of certainty, that we have always been human, or that we are only that.” (Rosi Braidotti, The Posthuman (2013) p.1) Today, when artificial intelligence, 3D printed organs and genetic engineering are a reality, what it means to be human is extended and redesigned. At the same time, technological advancement also reflects on our relationship (and most importantly similarities) with the Other.

Digital and sculptural works reflect on different aspects of human and its boundaries, its uncanny symbiotic relationship with others, held together by a melancholic sense of uncertainty.

Caitlin Dick (UK) – Caitlin Dick recently graduated from her Master’s in Contemporary Art from Edinburgh College of Art and previously studied a BA (Hons) in Contemporary Art Practice at Gray’s School of Art, Aberdeen. Caitlin’s most recent work The Problem Begins When…, shown in Embassy Gallery Edinburgh, has focussed on the fusion of the technological and the human, creating an uncomfortable hybrid through digital and kinetic sculpture.

Give in to that Easy Living expands upon this previous work, attempting to explore these matters in a playfully cynical way, experimentally introducing an object-based installation which highlights our relationship with the bizarre, posthuman form that technology has created. Mobility assistance devices, kinetic sculpture and film create a sad scene of near total technological integration. Technology has become an extension of ourselves, no longer a separate entity; we feel lost or uneasy without it. The expectation of connection to anything and anyone at any time and for it then to be reciprocated immediately is an assumed part of capitalist consumer culture. Not only do we need to be accessible 24/7, we also believe that it is essential to be constantly active as part of our techno-ego. Our technological addiction has melted into everyday life, becoming monotonously accepted as part of normality. Website

Caitlyn Main (UK) – Caitlyn Mains practice operates from a state of uncertainty: through sustained linguistic unravelling and temporal installation, she presents works that speak of intimacy, agitation and balance. She accommodates, and indeed, propagates conditions encouraging fragility: every piece has the potential to collapse in on itself, and contains obvious indications of temporality. The work is a physical manifestation of precariousness – the use of dangling, leaning, bound and suspended elements serves to underline the flimsiness of matter.

Mains compositions reverberate between a situation of familiarity and abstraction. As firm edges become dissolved, or ignored, the parameters of her work seem to become floppy, saggy, and fluid – seeping outward to be absolved into the daily mass of visual information that surrounds us. The flesh of her assemblages is that of the world – the bones and tendons extrapolated from the domestic and the detrital, from our illuminated back lit phone screens and the phrases uttered to one another. Her frantic constellations continually oscillate between contradictory states: they are simultaneously saturated and empty, humorous, pathetic, sexual, exquisite and insignificant. Website

Rodrigo Arteaga (CHILE) – Rodrigo’s work aims to redefine some notions and ideas around nature and culture, considering what sort of division can exist between them. He has used material culture that comes from science and its varied systematic methods in the form of books, maps, diagrams, furniture and tools. There is some inherent contradiction in this effort to bring together order and disorder, the useful and the useless, unearthing the coded enigmas of our relationship to the environment. He has responded to scientific culture in an attempt to embrace its limits, maybe turn it back onto itself, finding a crack, subjectivizing something meant to be objective. Website

Alicia Fidler (UK) – Alicia’s practice expands how aesthetics of an object can be used to allude to the presence of action and a premise for performance. Functionality and Agency are contexts, which she employs to transcend an object’s still state. Adopting motifs such as handles, hooks, hinges, nets, harnesses and hoops, she dips into our preexisting relationships with objects and actions. Using Function as a guide for how the body enters the work. ‘Where the handle meets the hand to produce the thing’.

The work’s interaction is the crux, the genesis. She is fascinated by the anticipation and desire for engagement with sculpture. Changing and twisting the nature of the body and the object, into a moment caught in time. She makes works, which in every sense give instructions and demand usage but are so still. Wrapped up in potentiality. Stalling the moment of activity, producing an object that screams its performative past and future out. Recently working with visual suggestion, she has begun to use photographs of past performances. Distorting them with pattern and abstraction. Absorbing images directly onto materials. Re-digesting the echoes of action, presenting a twisted instruction. Through self-referencing, function and performance my work has become anthropomorphic. The sculptures embody their own Agency through visual clues.

They play out their own situations and actions extending beyond the tools, objects and apparatus they resemble. She moves from the realms of interaction, into works that represent a single moment; Bodilyobjects. Website

Callum Johnstone (UK)  Callum Johnstone’s practice explores environmental collapse and the implications it will have on humanity. Knowing that our environment is changing at an accelerated pace due to climate change, humanity must quickly adapt by re-imagining and re-designing the structures in which we live. Johnstone aims to show that it is not the physical structures alone which must change, by also the underlying structures of our society which need to be rethought.

Though his work is primarily understood as sculpture, it often verges on the boundaries of architecture and design. His structures often incorporate repeating modular elements which allow the potential for a continuation, acting simply as a beginning component to a much larger superstructure. These ideas can then extend to the actions of the individual which as a collective become a greater movement and have the potential to alter society as we know it. Johnstone sees himself not only as a commentator and illustrator of current events but also as a module of the superstructure we call society. As a catalyst of ideas, the artist intends to inspire a conversation on ways in which humanity may adapt to imminent environmental threats. Website