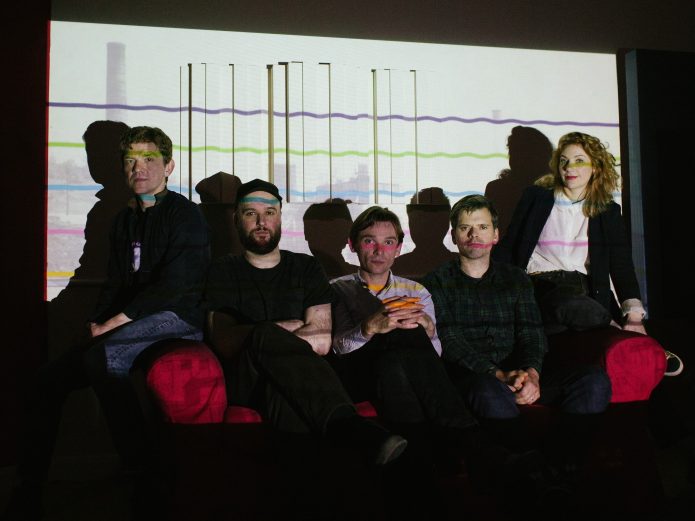 The annual NEoN at Night party – which will take place at Church on Ward Road on Saturday 9 November – will feature a unique performance from the highly acclaimed band, who will bring a musical perspective to the festival’s ‘React’ theme.

The brothers, David and Peter Brewis, have created a large and varied discography from their studio in Sunderland over the years, bringing their unmistakable funky, off-beat, jerky riff sounds to film scores, collaborations, solo records and cover albums.

For NEoN, the band will be performing songs from their rich back catalogue of material, pieces from their recent commission for the Imperial War Museum and from “45”, David’s recent album about the current President of the United States. Visual projections, created by the band’s guitarist/designer Kevin Dosdale and long-time film collaborator Andy Martin will animate the songs.

Peter said “’This will be our first time playing in Dundee and we’re really glad it’s for something unique like NEoN – this year’s theme is ideal for us. We’re music makers in a digital world and our means and methods of production, dissemination and, in fact, our very existence is reliant on digital technology. It’s enabled us to make our way of doing things a subtle act of resistance.”

The party will continue with an energetic activism-themed set by local DJ’s Wee Beastie and NEoN’s resident DJ RHL. Wee Beastie will be bringing her eclectic collection of very dance-able tunes ranging from hip-hop and afro-caribbean beats to some soulful sweetness. RHL will be spinning some house, techno and disco to keep the dancefloor jumping until the wee hours.

Support acts will be announced shortly.

NEoN at Night takes place on Saturday 9 November at Church on Ward Road in Dundee.