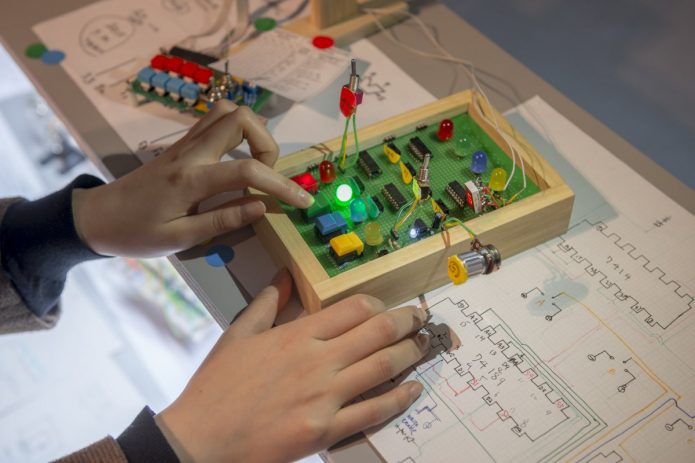 NEoN is very excited to announce its full line up for Workshop Wednesday, 11th November 3pm – 7pm. We where also delighted to catch up with Taeyoon Choi, co-founder of the school for poetic computation in New York, and hear more about his work and what to expect at his Hand Made Computer workshop. 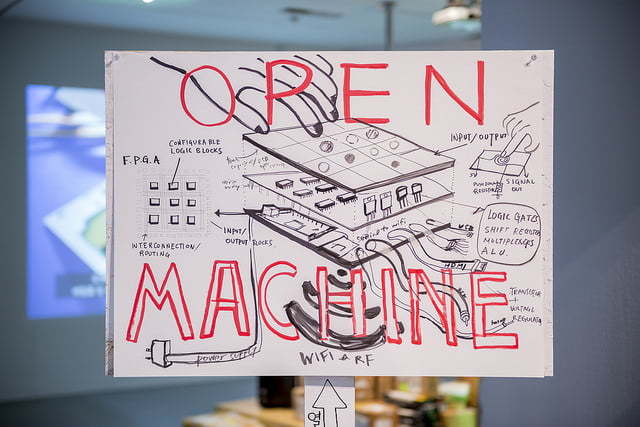 “Since 2013, I’ve been making primitive computers with discrete components and digital logic Integrated Circuits. Defining ‘computer’ is subject to one’s perspective and intention. I think of computers as a machine that calculates information and remembers the data, and which can be programmed to repeat, automate and diverge the given task. I’m exploring various levels of technical and conceptual abstraction by building the computers and drawing it’s inner workings. There is not a single technical end goal for the project. Rather, it is a series of personal attempts to demystify computation.

What if we handcraft our computers with love, much like the early home brew computers from the 60s and 70s, but with today’s available technology and for our needs? What kind of hardware and software will we continue to create by manual labor? And what can this alternative vision help understand our relationship with everyday technology? Is there space for poetry in the machines?

The questions continue about the nature of the computers, its history of the wartime agenda, the systems of control and mass production. Miniaturization leads to the increasing mystery of how the computers are made and how they operate. Mythical commodification of technology further divides the gap between production and consumption.

Overlooking the importance of our relationship to the computers, choosing consumption over construction, is the path of least resistance. Recent events highlight the effect of our ambivalence, drone technology take away human agency in the warfare, government and private agencies steal our private information in the name of security, corporate monopoly of information technology jeopardize political and ethical neutrality. When our lives are affected by the the algorithms and programs, what is the act of resistance and dissent that can preserve our independence from becoming agents of the machines? 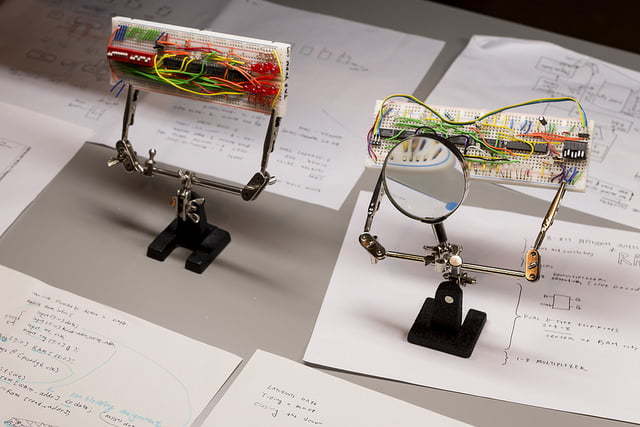 Nam June Paik wrote “… Karma is samsara. Relationship is metempsychosis. We are in open circuits’ (Manifestos, Great Bear Pamphlets, Something Else Press, 1966). I wonder what he meant by ‘We are in open circuits’? Is it a circuit of information? and if so, do we close the circuit by becoming the operator of the tools or can we become part of the circuits? Hand making the circuits is an act of love for the craft, devotion to the labor and respect for the material. Mathematics and logic have elegance in its abstraction and repetition, that can only be described as ‘beautiful’.

“We are open circuits”. We are becoming computer by learning and transforming our machines, defining its limits and the uncertainties. When you make an open machine on your own, you can have conversation with it and it becomes your own computer. The first computers were human (person performing mathematics and programmed operations), and the last computer may be the human as well.”

Also check out an interview with Thomas Twaites.