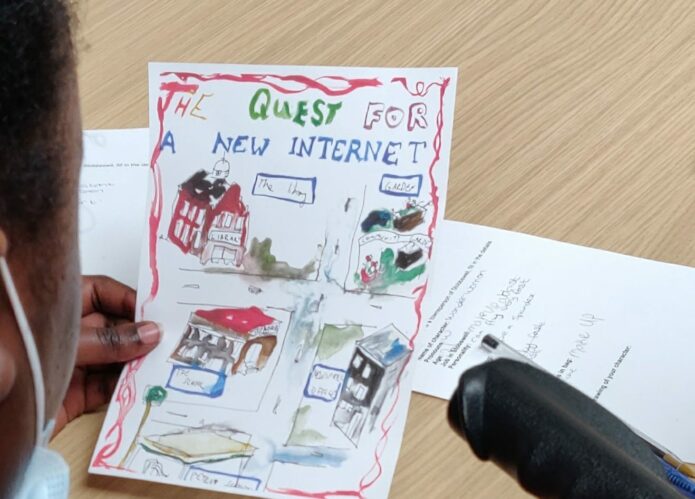 As part of the outreach programme for this year’s Wired Women festival we began an investigation into community intranet, asking what a women-lead, community-owned digital network might look like

Wired Women curator Ailie Rutherford and Development Officer Sabrina Logan have been working together to build connections within the community of Stobswell, commissioning artists and game designers Padmini Ray Murray and Holly White to create a game that would allow participants to explore the issues and potentials of connecting & sharing online.

Holly and Padmini began this work through a series of playable games, working with women at the Dundee International Women’s Centre.

Padmini and Holly are now passing this game-work on to local gamers and DMs to further develop this work with the Stobswell community. Further information on future workshops will be published soon.