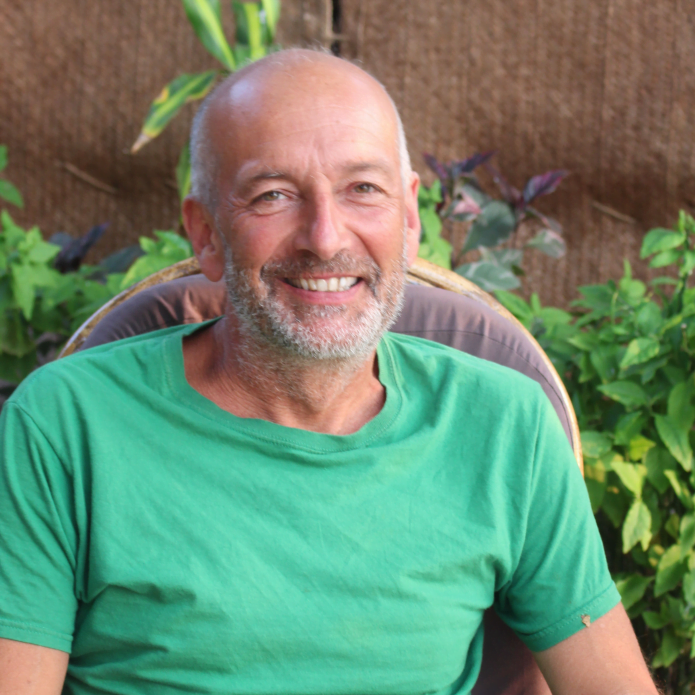 March 11, 2020DonnaNewsGeorge Barber, video art, Where Are They Now?

As part of our Where Are They Now? series we caught up with George Barber, one of the pioneers of scratch video art, who had a retrospective at Dundee Contemporary Arts (DCA) as part of NEoN Digital Art Festival 2010. We discussed the pretentiousness of the art world, balancing commercial and artistic work, and the difficulty of discussing one’s own artistic legacy. 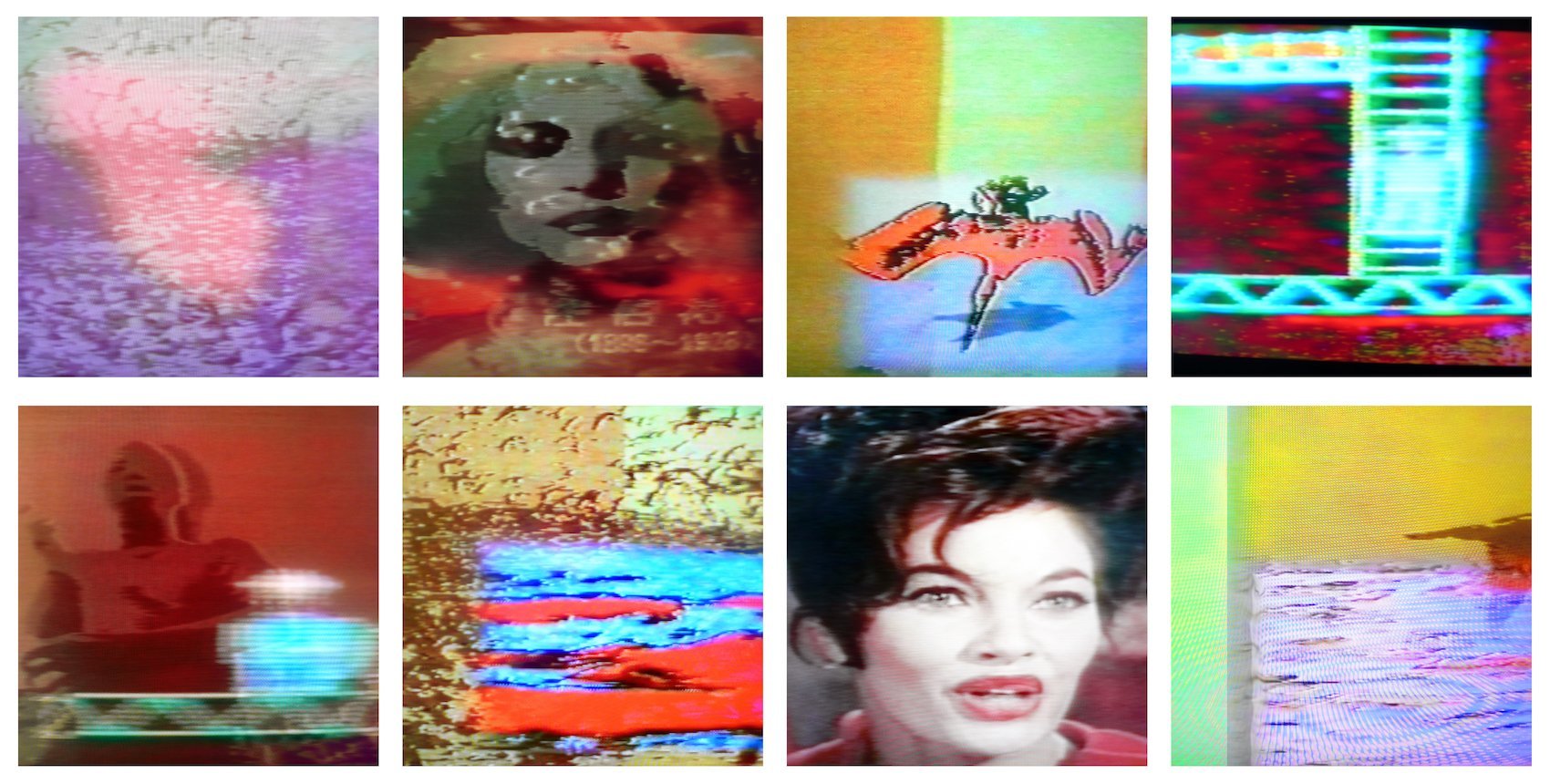 Thanks for agreeing to take part in this on-going series. You were involved in NEoN digital arts festival in 2010, where a retrospective of your scratch films and video art pieces was shown at the DCA. Now, ten years later, how do you feel about that retrospective?

At the time and now, obviously, it is a great honour to have had a show at DCA, it was a very happy time for me in the gallery; the technical staff managed to get all the various videos in the show screened in a way that suited the space and showed them at their best. They even managed to get my sculptural video piece, ‘The Eternal Commute’, perfect. It was an awkward request, as the fact that it required the projector’s beam to only hit the sculptural shape – with no light overspill whatsoever – was tricky. I also met somebody who I’d done a foundation course with many years ago called Sean Fitzgerald – he worked at DCA at the time. It was a nice coincidence, as I’d always liked him since I’d first met him. I stayed with my partner Lucy in the nearby hotel for about five nights. We also had a 3-month-old baby, Violet – so, again, I felt very lucky and we enjoyed mooching around Dundee and visiting the museums when not at the gallery. She is now nine! 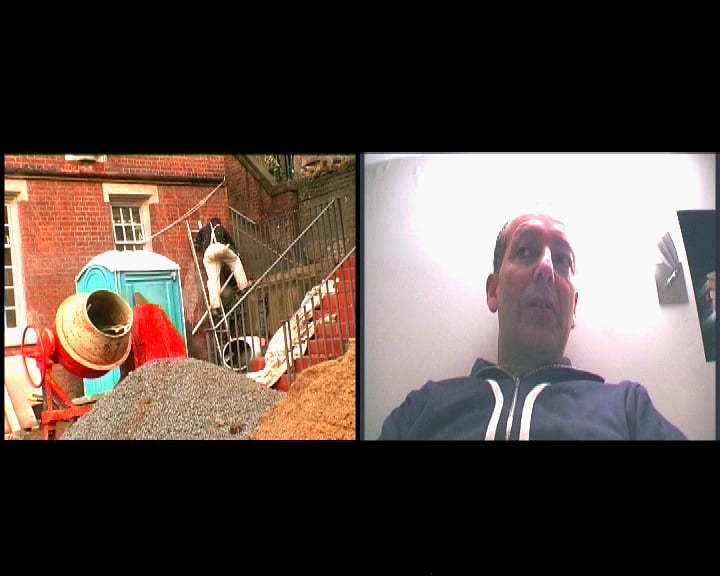 ‘It had problems at the level of sense‘ is just a funny line. The art world loves to be pompous; so to say something ‘doesn’t make sense’ is too easy, the art world adds ‘the level of’ to imply their own endless critical appreciation and depth. And, in a contradictory fashion, I also like the idea that at the level of sense something might fail – but be better for it. This is common in all art forms – especially comedy, sudden non-rational turns make things come alive. On a more serious note, curators in recent times have become more and more self-regarding, as if jealous of artists creative status themselves; lots of shows now have a sense in which the curators are top brass and the artists are just lackeys responding to theiramazing theme and invitation to participate. Lots of shows have very weak themes that break down easily, and they choose to forget the public do not care about themes; all they want is to see a collection of good work. Nobody walks into a Moroccan Souk and goes, ‘I can’t handle it – they had curtains over there and flowers here; it’s so un-thematic!’ Again, the film industry constantly regales ‘directors’ whereas the writer, actors and the director of photography often make a more important contribution in my view.

How did you get involved in the 1980s scratch video scene? What attracted you to the act of cutting up and sampling pre-existing images and sounds?

Edit suites came along that made this easy. There were also quite a few young video people cutting up found footage but I was the first to think of putting it out on video and promoting it like a band. I lifted the word ‘Scratch’ from the NY music scene. I knew that calling something video art would not work in the popular press. I spend a lot of time in 1984 onwards going around, and ‘released’ the ‘Greatest Hits of Scratch Video’. It received a lot of press and we made the cover of the Sunday Times magazine – which was comical, the photographer suggested to us budding stars that we all be ‘shadows’. And we all said we are not waiting around on your silly set here to be fucking shadows. It was the right response to a poncey idea. More seriously, on my part – though I didn’t know it at the time – I think we all felt the art world was boring so that doing something creative that connected with popular culture seemed much more cool, and of the moment.

I was surprised to watch your film ‘Akula Dream’ (2015) as it features actors and almost no found footage. Is this a conscious move away from the scratch style or have you been making similar work all along?

Yes, even as I made Scratch I was putting in proposals with actors to the British Film Institute (BFI). I made ‘Taxi Driver II’ in 1987. I always had the urge to write, and still do, that led me naturally on to lots of projects that involved actors. I also had to support myself as an artist doing lots of commercial work and being able to write helped there. I also did some documentaries for the BBC RADIO 4 as a writer-presenter and worked for the Independent on Saturday as an arts reviewer. I did all sorts of things to support myself being an artist; in truth, I wished I’d had better advice, or an older artist who might have tutored me as a young man – I got lots of attention but was too naive to translate it into a career. However, at the time, if I’d asked my tutors at St Martin’s, how do I make a living? They would have died of embarrassment – like calling galleries ‘shops’ might make a few red on the stands of Frieze. Also, as a video artist then, the connection to popular culture was not helpful but nobody minds now. I do still fiddle about with purely visual sequences that appropriate mainstream shows but we’ve lost confidence in the purely visual; everybody wants a journalistic rationale; a sense in which the work is functioning for social good, some wider justifying landscape that hastens the revolution. Patrick Heron, Frank Bowling, Wilhelmina Barns-Graham or Giorgio Morandi or Philip Guston would find it hard to get a grant today. It would be seen as too inward looking and exclusive – and the panel, though we enjoyed your work, felt your application was not as relevant as others on this round, thank you…we do not enter into individual feedback.

Do you ever wrestle with the idea of your artistic legacy?

That’s not a fair question, it’s not up to me to decide but history. I’ve definitely contributed something to Video Art but we shall see what history makes of it.

If I’m honest I’ve ploughed a fairly fringe route, to be obviously successful in art you and your work needs to present a very simple consistent proposition. Success doesn’t reward the multi-talented with lots of different desires, pulls and creative activities across different fields. The market interprets that as not being serious or wanting it enough. Of course, there are exceptions; once you’re rich you can do what you like, but I think I followed my own heart and got attracted to lots of different kinds of creative callings. I do a lot of writing now, short stories and poetry.

What are you working on at the moment?

I am making an autobiographical piece about Guyana where I was born. It is a poetic essay film entitled ‘Uprooted’. Though it concentrates on my childhood experience, like ‘The Freestone Drone’ or ‘Akula Dream’, it also weaves in a strong ecological theme. We live in very worrying times with a real sense of a planetary end being a possibility. I am a big fan of Greta Thunberg, the teenage environmental activist; she is my favourite person. Of course, nobody enjoys these thoughts of ‘an end’ but as an artist one can’t help responding to the elephant in the room. The film combines a simple biographical account with poetic observations over lush footage of the jungle, and wonderful plants. It’s unusual for me as Guyana is not something I’ve ever made much of in my career but it has always called me back and I think childhood and loyalty to place are very deep feelings. I don’t think there’s ever been a day in my life when I haven’t thought about where I grew up. If DCA’s interested, I’m happy for you to show it!