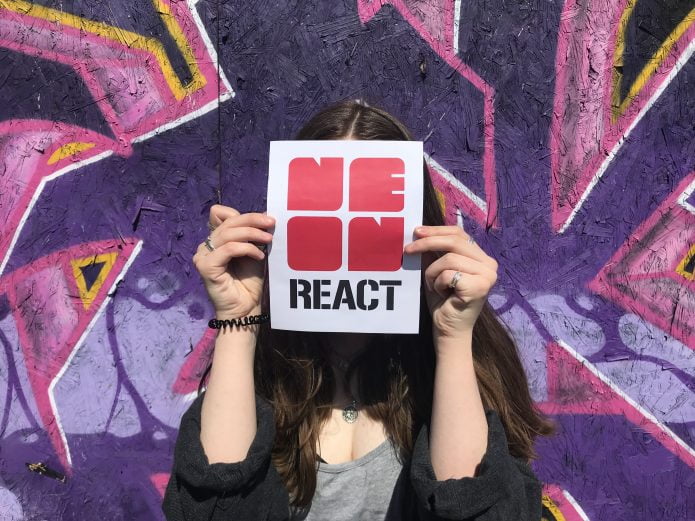 One of the highlights of this year’s NEoN digital arts festival is the Re@Ct: Social Change Art Technology Symposium – a three day expanded programme of international speakers addressing the social and political potential of digital art, taking place from Wednesday 6 – Friday 8 November.

In this mini-series of interviews Ana Hine catches up with one of the key note speakers for the symposium, here talking to Sean Cubitt of Goldsmiths University of London who will be presenting his paper ‘Ecocritical Media Arts and the War on Terra’ on Thursday 7 November at Chamber East on Panmure Street.

How did you hear about NEoN digital arts festival? Were you aware of it before you were invited to speak at it this year?

I’m sorry to say I wasn’t aware of NEoN, despite having a long connection with Duncan of Jordanstone College of Art & Design in Dundee. But I know many of the people involved and I’m so impressed by the team, the events they’ve brought together, and the energy it’s generating. It’s a bit daunting to come and speak.

What’s your keynote speech going to cover? How does this tie into the festival’s theme this year of React?

I’ve been involved with a series of conferences on media art history whose titles include Refresh!, Re:place , Relive, Rewire, ReNew, Re-Create, Re:Trace and most recently RE:SOUND in Aalborg (I’m looking forward to re-mote next year). Re@ct seems to come from the same gene pool. Re as in ‘again’, ‘Re’ like in an email subject line, and a ‘re’ that constantly makes us re-interpret the word that follows. So I read the title not as ‘reaction’ (either physical or political), or even ’reactor’ but as an invitation to react to what’s happening, and to return to action, or to think about acting in new ways.

My title has a bad pun in it. It refers to a series of disastrous policies in the USA: Kennedy’s War on Poverty, Nixon’s war on drugs, and Bush’s war on terror. I am hopeful that the current assault on the planet will be as successful as they were.

What is ecocriticism and why is it especially important in our current political climate?

This is a bit delicate. Plenty of us – including me, half the time – are all in favour of nature, like to show our respect, consume conscientiously and even vote Green. But the nature we like is one that’s already reduced to a few national parks. Ecocritique aims to rip up this cozy appreciation of nature. It puts the crisis back into criticism. It aims to be as important to every cultural, ethical, social and political conversation as feminism and anti-racism –and it shares a lot with them, including being ready to inspect its own class, gender and ethnic biases and start again from the roots – the meaning of the word ‘radical’, after all.

Now you’re asking. Modern art realised that art wasn’t just about content, it had to be about form as well, and that to change the content radically you have to change the form – like Sergei Eisenstein or Gertrud Stein. Now ecocritique tells us we need to consider the materials too. Where did your paint come from? What is your camera made of? How do the gels and paper of your photographs connect to the landscape you’re trying to picture? It’s a lot easier to say what it doesn’t look like, but one hallmark is that ecopolitical artworks are not made by humans alone: they bring in rain and microbes and sunlight as participants in the making; and at their best give their technologies a free hand to join in the process too.

What do you hope to achieve by being involved with NEoN and how might it help your future work and research?

I’m looking forward to hard questions and long discussions, creative reactions and brilliant new art. The North East has a history of turning rain into whiskey. I’m leaving for Australia in January, which has a history of turning sunshine into fire. I want the cold abrasion of a Tayside November to blast away cobwebs and drench the project of ecopolitical aesthetics – and aesthetic ecopolitics – in  its generous storms.

The Re@ct symposium will be a unique, open and freely accessible event. REGISTER HERE