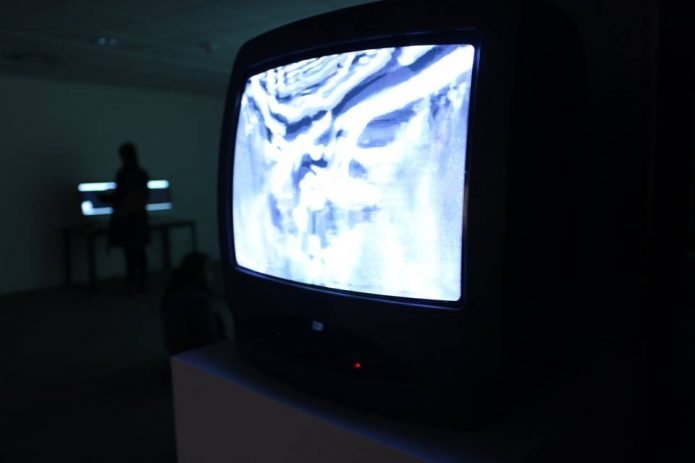 NEoN Digital Arts Festival 2017 will expand on it being Scotland’s Year of History, Heritage and Archaeology, and through its arts program will unveil hidden histories using the current (and controversial) practice of Media Archaeology. NEoN proposes we understand artists as future Media Archaeologists, as recorders of our current information-based society, and as time-travelers highlighting the continued relevance of our long past. To better understand this year’s theme and to give insight into NEoN decision to choose Media Archaeology we conducted an interview with NEoN’s co-curator Sarah Cook, curator of contemporary art, writer and new media art historian.

Media archaeology is often understood as examining new media practices by looking closely at the past. Though, NEoN is also focusing on the hidden material cultures of the technological age, and thinking about artists as future media archaeologists, hence focusing more on this discourse between past, present and future. Could you explain how you perceive Media Archaeology, what it really means?

Media archaeology as I understand it, isn’t just the use of media technologies (cameras, scanners, digital visualisations) to ‘do’ archaeology, but is an investigation of media technologies themselves in relation to us as their users, what we might call ‘interface culture’. Media technologies (mobile phones, the web, videogames) are material, but they also have a strange relationship to time – whether they are falling out of date, or being upgraded. Some people argue technology is fluid, not fixed in time in the same way that say, a piece of flint or a statue, might be. It could be that the way technologies are used is what fixes them to a particular moment (think of when you first got a mobile phone with a camera in it). This is what makes media archaeology a contentious practice. It’s about investigating the timeliness (or value) of something in relation to an ongoing process, not just in relation to the past. Which is why we can say media archaeology is also a practice concerned with the future.

Prof. Jussi Parikka and Prof. Erkki Huhtamo are important in this field and they are both people I also associate with the exhibition and collection of media art and digital art. Their book ‘Media Archaeology’ came out in 2011*. They both think a lot about networks, and how technologies circulate within culture. NEoN wanted to put a digital spin on it being Scotland’s year of Archaeology, and so drawing on the ideas of Media Archaeology seemed the right thing to do, to challenge the focus on the past and keep an eye on the new. There are many artists who reflect on the current or recent state of technology in their work, but in terms of notable artists, you’ll have to wait until we announce the programme!

Also, there seems to exist a divide between Media Archaeology practices and methodologies, regarding material culture, records and heritage. Is this something that you could elaborate on?

Media Archaeology has a relationship to the field of software studies, as it considers how technologies talk to each other as well as how we use them. So records, in the sense of digital data, are one of the materials that a media archaeologist might study. A few years ago, NEoN had a theme of ‘Futureproofing’ and we were quite nostalgic about old technologies and about how we had to preserve digital data. Since then, working with artist group Jodi and others, we better understood how artists both preserve and reimagine technologies in their own work (Jodi made art from the old video game Jet Set Willy using the programming language Basic to make new versions and experiences of the game, keeping it alive for another generation**). Thus, for this edition of NEoN we propose artists are already the record-keepers of what will become in the future our shared heritage.

The programme will focus on the tropes of current archaeology practices such as the visualisation of heritage assets, and the questioning of the geological sediment layers that evidence human life on planet earth. By putting artist’s concerns at the heart of the programme, a more complex picture of the material culture of the digital age will emerge. NEoN doesn’t seek to be merely nostalgic about technology, but to expose, through artistic practice, how new technologies are understood now and will be in the future, in the creation of shared cultural experiences.

* Jussi Parikka is a Finnish new media theorist and professor in Technological Culture and Aesthetics. He has published extensively on digital culture, and his work on media archaeology has gathered international attention. Parikka worked on Media Archaeology in collaboration with Erkki Huhtamo. Huhtamo is also a media theorist and professor, and specializes in the history of history and aesthetics of media arts. Media Archaeology: Approaches, Applications and Implications introduces an archaeological approach to the study of media, to learn how media has been researched, used, designed, preserved and discarded. This book was edited by Parikka and Huhtamo, also with contributions of international scholars from Europe, North America and Japan, providing a broad historical and theoretical overview of Media Archaeology.