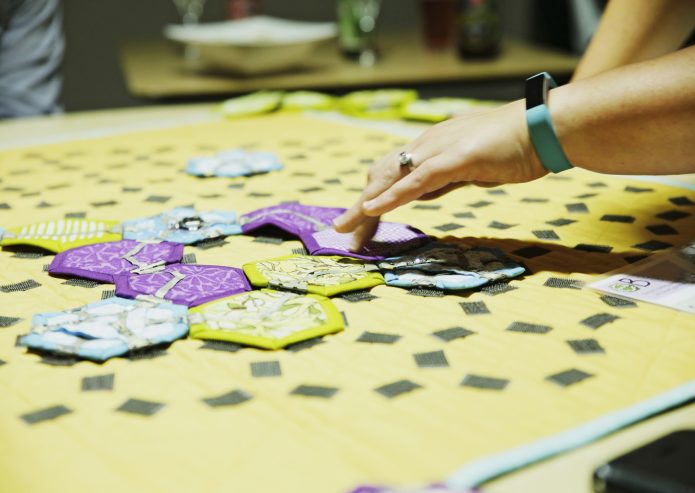 Blank Arcade 2016 is a computer game exhibition currently taking place at the Hannah Maclure Centre in Dundee. Co-curated by Emilie Reed and Lindsay Grace, this year’s show focuses on games that engage viewers on a multi-sensual level and push the boundaries of what can be considered a ‘game’.

One piece, ‘Katakata’, works by allowing the viewer to manipulate the movement (and subsequent sounds) of interconnected wooden blocks using their smartphone. “You unlock the potentiality of the sculpture only by engaging with it,” explains artist Kirsty Keatch as she adjusts the piece slightly at the exhibition preview. “I’m interested in letting people escape from the conventions of the gallery.”

This idea of play and interaction is particularly important to co-curator Emilie Reed, a PhD student at Abertay University. Emilie is currently investigating the way in which video games and interactive media are displayed in art museums and galleries. In a short essay entitled ‘The Sensuous Possibilities of Play’  – available in the gallery – she writes: “Stopping to observe how these games function together in conversations after the activity of selecting and organizing the Blank Arcade reinforces for me how important showcasing and sharing these alternative approaches to play and interactive technology is, to show not only what artists of all kinds are capable of, but also to provoke work we can’t possibly foresee.” 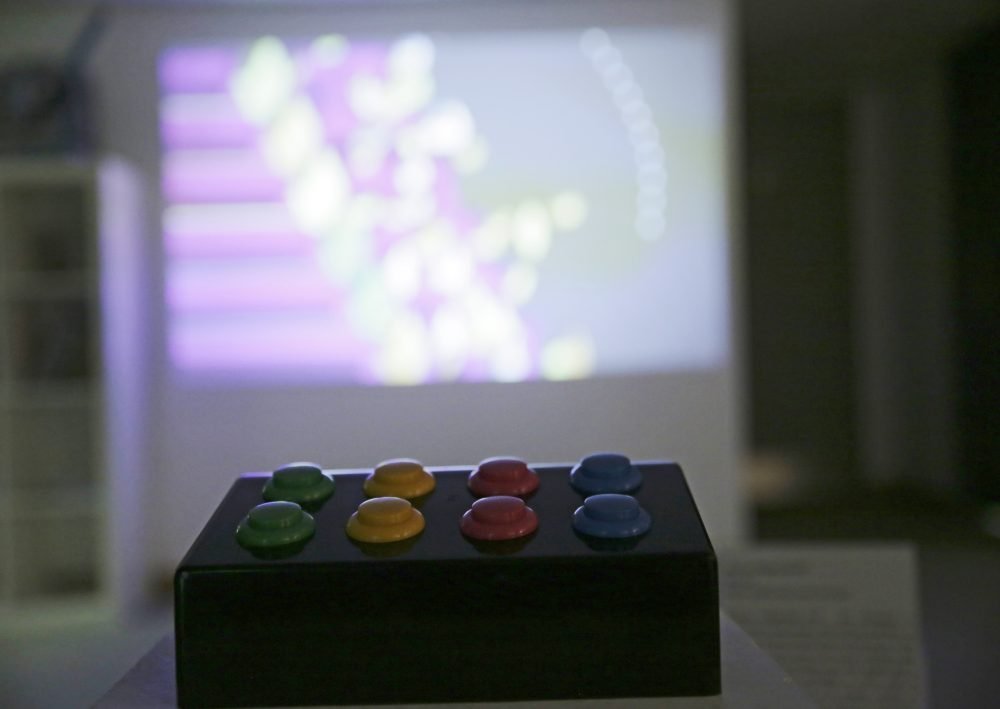 The works are all thematically linked due to the way they engage with the viewer on a multi-sensual level. For instance, ‘eBee’ use eTextiles to connect the traditional craft of quilting with ideas about circuit building; making sure to use high-quality materials to engage the viewer at the level of touch. Developed the all-women collective Pins & Needles, the piece can be played with alone or competitively and is ‘won’ when the hexagonal fabric game tiles are aligned in a circuit and thus illuminate a tiny LED light. At the exhibition preview Emilie explains that the piece was selected, from an open call that returned almost 60 entries, in part because of its use of eTextiles and the way it reminded her of the early adopting of computing technology in the textile industry. She says: “I used to do traditional arts and it’s very much like programming when you start up a loom, actually right at the beginning of computing that’s one thing that coders did – was to put designs into looms. So it’s about the connections between textiles and computing.”

Another game that also forces the viewer to consider its historical context is ‘You Must Be 18 or Older to Enter’ by James Earl Cox III, which attempts to recreate the experience of viewing pornography as a young teenager in the late 80s/ early 90s using old-school ASCII imaging techniques (where the images are formed using text characters). The piece is presented to create feelings of paranoia within the viewer, from the positioning of the monitor to the recurrent pop-up adverts and in-game prompts to “look behind you”.

“It’s not about the titillation, because the depictions are so grainy, it’s more about your embarrassment. It’s designed to make you nervous,” explains Emilie. Careful curation insures that the piece is out of view unless approached intentionally.

Only eight individual works are included in Blank Arcade, but the exhibition provides a rich variety of experiences and many hours of play and experimentation. Children may enjoy Will Hurt’s ‘Abstract Playground AP1’, which uses a large-buttoned control pad to manipulate rotating blocks and discover various soundscapes.
As Emilie says as the evening draws to a close: “Why do we have to make digital things games? Why can’t we also make them toys? Or instruments?”