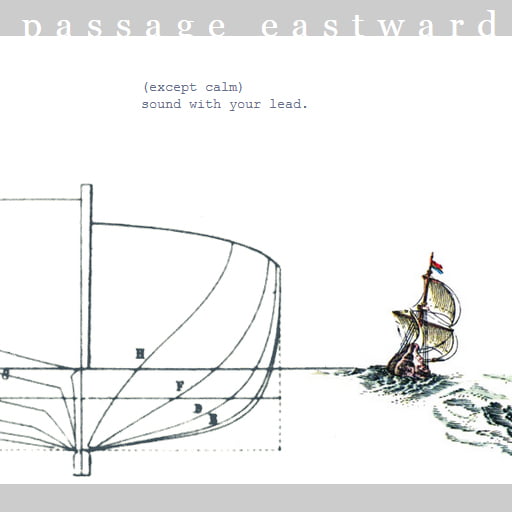 JR Carpenter is a Canadian-born artist and academic based in Devon. Her work is concerned with hypermedia, computer-generated narratives, and the limits of writing. NEoN blogger Ana Hine caught up with her to discuss her work.

You’ve been making work online for around 20 years, how has the way you use the internet changed in that time?

When I first went online in 1993 the internet was an almost entirely textual place. I didn’t really understand what it was for or how it worked. I started off by writing fictional distributed narratives in USNET groups and creating fictional characters in MOOs. Fortunately, as far as I know, none of my writing from that time remains online.

I made my first web-based work in 1995. It’s still online, it still works. The internet has changed a lot since then. The more proprietary and predatory a place the web becomes the more committed I am to using it in poetic and intransigent ways. My work has evolved along with the web, but I’m still heavily influenced by early web politics and aesthetics. I avoid proprietary software and platforms, and try to keep my work as low-fi as possible, always aiming for accessibility, transparency, scalability, and graceful fails.

Do you find print media limiting, compared to digital publishing?

Every medium has constraints. I develop work across multiple media to test the full range of the work’s limits and possibilities. Many of my works have print, digital, and live performance iterations. No one of these is the definitive work. Rather, the work is distributed across this continuum of forms.

You use zines in your practice? What are the benefits of that medium, for you?

I started making zines before the web was invented. The photocopy machine remains my one true love. In the late days of USNET and BBS and into the early days of the web, the relation between print and digital media seemed more porous. Like the open web, the zine is a distributive medium, disseminated through mail art, trade exchange, and gift economies. I work between visual, digital, performing, and literary arts so the zine is the perfect hybrid medium for me: part collage art, part print publication, and part performance event. Most of my zines have a URL on the back. They become a link between the physical and the digital, a point of entry, a site of exchange.

Where did you learn to code? Do you think it is an essential skill for an artist living and working now?

I’m not sure I ever learned how to write code, but I have become reasonably adept at reading it. Most things I know about web programming I’ve learned from viewing the page source, copying and pasting it, and then messing about with it. That’s harder to do these days, but there’s still usually plenty of serviceable accessible code out there already for most things I want to do. Sometimes I collaborate with other programmers to create new bits of code, but most of the time I reuse and recycle.

In some of your pieces, for instance ‘Fishes & Flying Things’, you’ve placed each stanza on a new page, forcing the reader to clink through the links and travel through the poem. Is this done to emphasise the passing of time and the ephemeral nature of poetry? What inspired you to use this technique?

‘Fishes & Flying Things’ (1995) was the first web-based work I ever made. It started out as a zine, with one diagram and one phrase per page. It was meant to be a circular story but when people got to the end they just stopped reading, because that’s how books work. Then somebody told me that if I made it in HTML the last page could link to the first page and the story could go round and round, so that’s what I did. The page-based structure of the zine carried over, but the web added something to the narrative structure of the text that the book could not.

How do you think the internet has changed poetry and the role of the poet?

I’m rather more preoccupied with the question: How has poetry changed the internet? Has poetry, even for a brief moment, made some small corner of the internet a more interesting, surprising, challenging, playful, or possibly beautiful place? If we, as poets, can’t answer this question, then we’re not trying hard enough.

You talk of being influenced by the work of Hannah Hoch, Joseph Cornell, and the concept of détournement. Can you briefly explain the appeal of remixing images, text, and data like you’ve done with Barbara Bridger in ‘Notes Very Necessary’?

The short answer is: I am a collage artist. I’m not nearly as interested in remixing as I am in material appropriation. I love the contrast, juxtaposition, and contextualisation that comes from multiple-media vying for attention creating uneasy spatial relationships and unsettling in-between spaces.

In the case of ‘Notes Very Necessary‘  (2015) Barbara Bridger and I set out to write an essay together. Essays can pull in ideas, images, and texts from all over the place, but they are usually constrained by the page and contained within a formal referential framework of proper names. We wanted to take a more overtly interdisciplinary approach to essaying, or trying, to explore our topic. We began by appropriating passages of an essay authored in 1580 by the Englishmen Arthur Pet and Charles Jackman offering detailed instructions on how to conquer new territories by taking copious notes. Barbara and I attempted to follow these instructions by making, finding, and faking notes, images, data, and diagrams online and reconfiguring them into a new narrative. The result is a long, horizontally scrolling, highly variable collage essay composed entirely of appropriated images, text, and data generated by centuries of imperialist, colonialist, capitalist, and scientific exploration in the fragile ecosystems of the polar regions.

Has anyone, that you know of, remixed your work?

My web-server statistics indicate that my work is pretty widely taught, thanks in large part to its inclusion in the Electronic Literature Collections. I’ve seen some pretty wild student remixes, and I sure have learned a lot from reading class-assigned blog posts about my work. I love it when people show me what they’ve borrowed and built upon, but not everyone does. I once read an academic conference paper about one of my works that contained eleven unattributed instances of phrases, sentences, and whole paragraphs of my own writing about the work. That’s not remixing, that’s just lazy.

How can artists tackle an issue as large and urgent as climate change? Do you feel a duty to discuss such subjects in your work?

There are lots of artists taking more direct approaches than I am and I salute them. There’s some really beautiful (as well as some awful) work being done with data visualisation right now – that’s one way of making global patterns more legible on a human scale. I tend to address large topics through more indirect strategies, often by calling attention to small details or specific incidences. I don’t feel duty-bound so much as deeply invested in and indivisible from the physical, embodied, material world.

What are you currently working on? Are you still exploring the idea of ‘wind’ or have you moved onto something else?

I’ve been a bit obsessed with the weather lately, which may or may not have something to do with having emigrated to the UK. Earlier this year I won the Dot Award for Digital Literature for a proposal to create a new piece called “This is a Picture of Wind” which will be based on a short text written in response to the storms which battered South West England in early 2014, resulting in catastrophic flooding in Somerset and the destruction of the seawall and rail line at Dawlish. Following the news in the months after these storms, I was struck by the paradox presented by attempts to evoke through the materiality of language a force such as wind which we can only see indirectly through its affect. I began to explore weather, and wind in particular, in all its written forms. I’m still working on that. Wind, it turns out, is a rather large topic.

I’m also working on a print book of page-based iterations of web-based scripts for live performance developed over the past few years.

And a large web-based work about female castaways.

I tend to work on a lot of things at once.