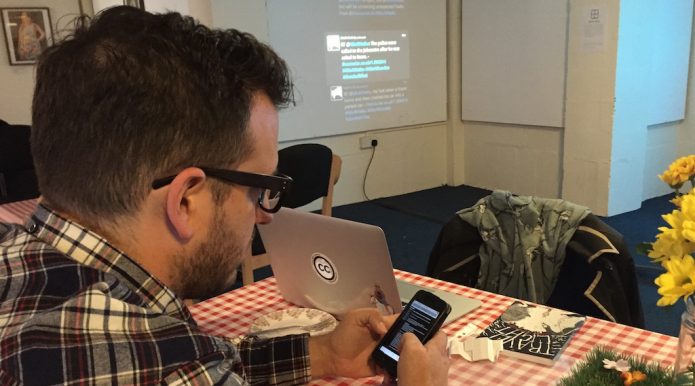 As part of this year’s Dundee Literary Festival from 21st – 25th October, we invite residents to participate in finding unexpected haiku in online texts and share them on Twitter with the hashtag #NEoNhaiku. Inspired by the New York Times Haiku project, and developed locally by Albert Elwin, NEoN’s HaikuBot generates haiku by trawling through news stories in The Courier online.

Haiku is a very short form of Japanese poetry, typically characterised by three qualities. The juxtaposition of two images or ideas, 17 syllables in three phrases of 5, 7, and 5 and a seasonal reference. A haiku in English is a very short poem in the English language, following to a greater or lesser extent the form and style of the Japanese haiku. A typical haiku is a three-line observation about a fleeting moment involving nature. The earliest westerner known to have written haiku was the Dutchman Hendrik Doeff, who was the Dutch commissioner in the Dejima trading post in Nagasaki, during the first years of the 19th century.

NEoNs Haiku follow the 17 syllable rule however the content is unexpected and quite often very humorous. One of our favourites so far is 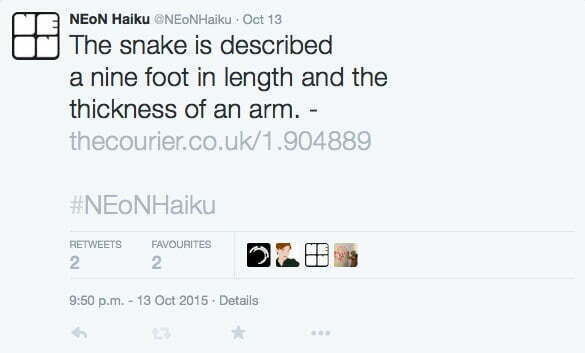 You can catch the live stream at the Dundee Literary Festival, online here or follow @NEoNHaiku. The best of these serendipitous digital haiku will be presented in the windows of NOMAS projects for the festival from 8th – 14th November.