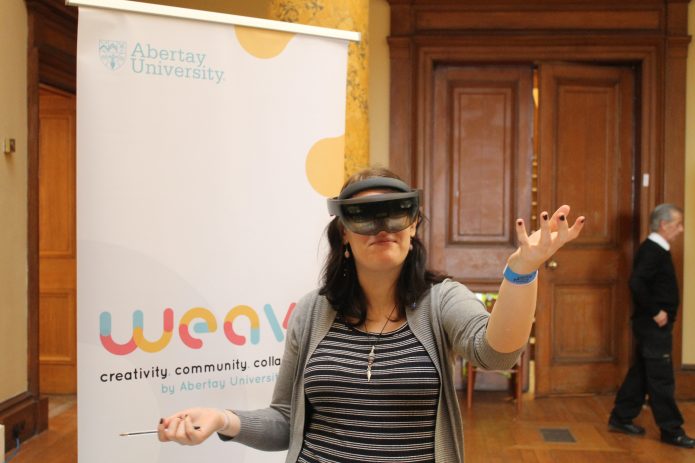 Last weekend we took part in the first ever cultural expo at Camperdown House in Dundee. Part of the annual Food and Flower Festival, NEoN digitial arts festival was lucky enough to get a stall at the expo, which we used as an opportunity to showcase digital works examining form and weather by Daniel Brown and J.R. Carpenter.

NEoN director Donna Holford-Lovell said: “We were pleased to be able to bring a digital element to the Flower and Food Festival and discuss with visitors the effects of climate change as demonstrated by J.R. Carpenter’s online piece ‘The Gathering Cloud’, and how Daniel Brown’s computer code generated flowers matched up to the real thing.”

A cultural expo is an event designed to educate the public, share ideas and information, and foster collaboration. Alongside NEoN was The University of Abertay’s Weave project with a virtual reality (VR) kit. The virtual activity involved smashing through doors with an axe and fighting fires, and they hope to be able to use it to one day train fire-fighters by adapting the design to copy the layout of any building.

The newly formed Dundee Music Academy were also in attendance, with a drum kit (including a cajon) and various guitars. Tristan Button, owner of parent company Dundee Music Studios, was glad they’d decided to take part. “It was a real success,” he said, “I think we all had a great time. There were lots of happy kids coming along playing the drums. We had a lot of interest.”

Like many of the organisations in attendance, Dundee Music Academy had an event to advertise – namely their Open Weekend this Saturday and Sunday (September 8-9) at 38 Blinshall St, Dundee. A free event, there will be tutors offering their time to anyone interested in learning a little about guitar, vocals, piano, or drums. “It’s for everybody,” said Tristan. 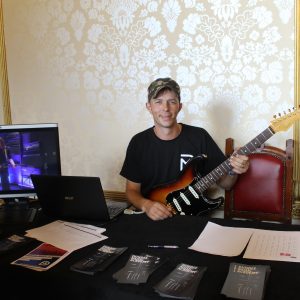 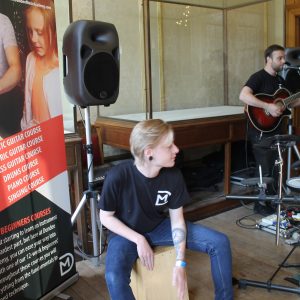 Having the cultural expo was the brainchild of Anne Rendall, Dundee City Council neighbourhood services convener. She said, “We did it this year to celebrate the 30th anniversary of the festival and to draw attention to our existing cultural assets in this year of the V and A opening.

“It required extra funding so there will be a discussion on how things went this year and the question of whether or not we do it again will no doubt be discussed, but at the moment I’d say it really was set up as a celebratory event for one year only.”

Even if this was the only year NEoN officially attends the festival, what was clear was that Dundee’s arts scene is willing to take risks and to attend events where the reasons for our presence might not be immediately obvious. Hopefully we managed to introduce a whole new audience to digital arts.

Dundee Flower and Food Festival took place at Camperdown Park from Friday 31st of August to Sunday 2nd of September 2018.