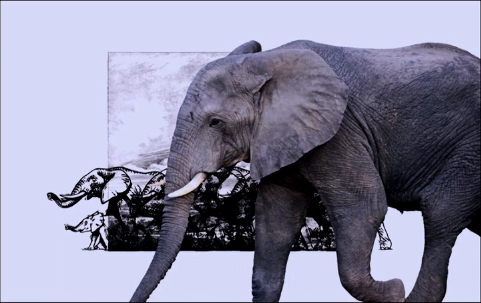 The Gathering Cloud has been shortlisted for the New Media Writing Prize 2016, a prestigious award which celebrates exciting and inventive stories that integrate a variety of formats, platforms, and digital media. The New Media Writing Prize encourages and promotes the best in new media writing and is leading the way toward the future of the written world of story telling.

J.R. Carpenter launched The Gathering Cloud at Creative Dundee’s Pecha Kucha Night Vol 16 in November, which NEoN collaborated on to bring digital artists to Dundee. Watch the video of her talk below.

Speaking of her commission, J.R. said: “When the NEoN curators told me about the festival’s theme, The Spaces We’re In, I immediately knew that I wanted to call attention to the environmental impact of cloud storage. I’ve thought a lot about the complex relationship between biological and digital memory. The scale of the digital cloud is too vast to think about in terms of the body. I had to think bigger, so I turned to the clouds in the sky.”

The NEoN team would like to wish J.R. the best of luck at the New Media Writing Prize Ceremony on 18 January at Bournemouth University, where the award winner will be announced.