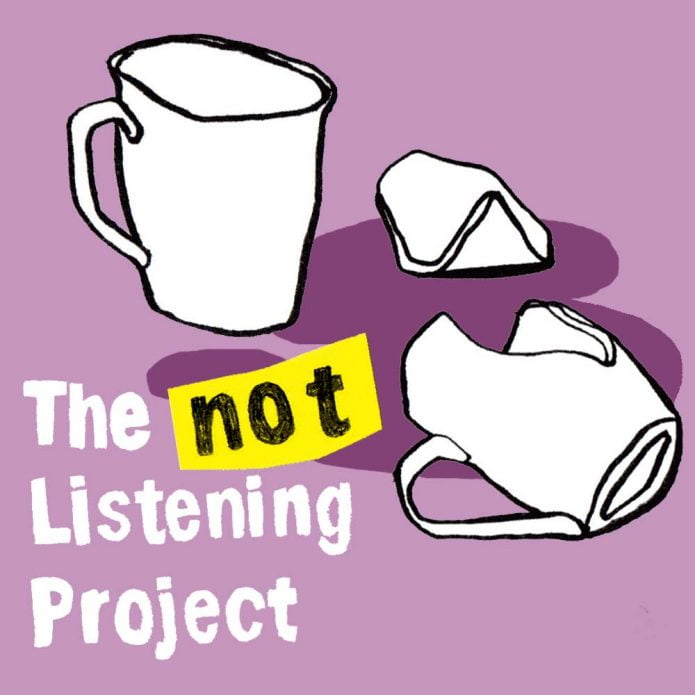 “I think the issue of seagulls outside that are stealing food makes people frightened. I think that’s annoying. Especially when they shit on your head.”

So says one of the participants of The (Not) Listening Project, a podcast series that will be running throughout this year’s NEoN digital arts festival. Curated by Sam Gonçalves, the podcast will provide people with an opportunity to get their voice heard on issues that matter to them – tying into this year’s theme of ‘react’ – with the simple question: ‘Is there something you’d like to say?’

To kick off the project Sam did a series of interviews with young people at Hot Chocolate Trust, a youth work organisation based within The Steeple Church in Dundee city centre. The resulting podcast is now available to listen to on soundcloud and iTunes. The  first episode features the young people talking about environmental concerns, having to do four physical education classes in one day, and the seagulls that terrorise the city.

“I think it’s interesting to see how people interpret the questions. There’s a mix of funny responses and just people taking it a very direct sense like, ‘I’ve always wanted to say this word’, and then there are others who want to talk about inclusion or prejudice or things like that. So it’s a mix from the personal to issues people see around them everyday day.”

The interviews at Hot Chocolate Trust took place over the summer, as part of a two-week intensive project.

Sam explained, “Hot Chocolate got in touch with me asking to do some sort of project over the summer and that’s just after I got the NEoN commission so I thought that would fit really well because their theme this summer wasn’t ‘react’ exactly but it was about activism and responding to things.

“I think that’s core to the whole project; it’s about people putting stuff out and saying something they’ve always wanted to say, but it’s also about our listening to their answers. It’s about the picture it paints of Dundee, the picture that it paints of current issues.”

Each podcast is around twenty minutes long. During NEoN itself – from 4-10 November – Sam plans to attend various exhibitions and events such as the Weave by Abertay show in the Wellgate Centre. While there he will talk to exhibiting artists, the NEoN team, and members of the public.

However, those wanting to take part are encouraged to pre-record their answers on their phones and send them to Sam at notlisteningproject@gmail.com.

Take a listen to the latest episode on soundcloud or iTunes now.