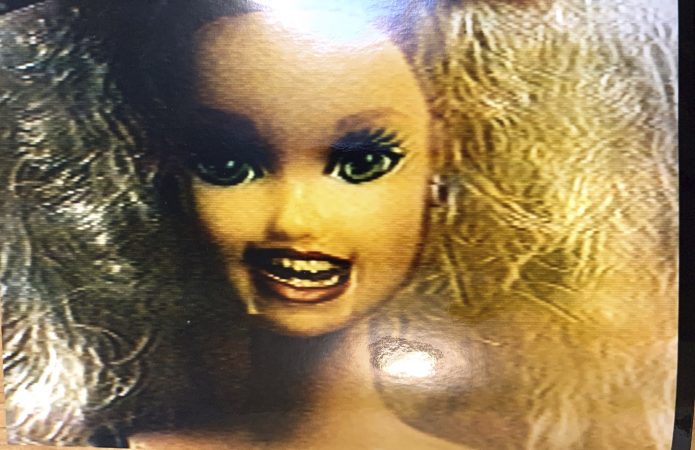 Igor Vamos is exhibiting at this year’s NEoN digital arts festival as part of the RE:MAKE/RE:SIST group show curated by Weave by Abertay. The work on display is a collection of artefacts, including film, objects and posters, from the Barbie Liberation Organization – an intervention that playfully challenges gender-norms. Ana Hine talked to him ahead of the exhibition.

The Barbie Liberation Organization (BLO) was an action you helped organise whereby the voice boxes of Barbies and GI Joes were switched – causing G.I. Joe to say things like “Will we ever have enough clothes?” How much of the action was about manipulating the media coverage and how much was it about providing subversive toys for children?

It was all about the media really. The kids had fun with the toys, but that was just a side effect.

What was the response to the action? Did it make the impact you wanted it to make?

The response was incredible in terms of media attention. There were thousands of stories in newspapers and television all over the world. The impact is harder to measure. It did get talked about a lot, but one of the things about this early project of mine is that it did not have any direct campaign tie-ins so it is hard to say whether it had any direct results. Measuring the indirect impacts is not really possible without a giant budget and sophisticated polling.

An operation like this must have involved a lot of people, how do you feel having your name being most strongly associated with it? Is there anyone who you think should be getting more credit?

There were dozens of people who helped out. Emile Devereaux, for example, played a major role and was the lips of Barbie in the video news release. He works down at the University of Sussex now. My great aunt Lenke, who at the time was in her 90s and was a holocaust survivor, was the idea woman behind using the GI Joe – I was telling her the idea and she told me she didn’t care about Barbies, and that’s where the idea to integrate the GI Joe started. Anyway, yes a whole bunch of collaborators. But ultimately I did do most of the work on the project. Including surgery on nearly 100 dolls which took at least 2 hours each…

Was the news response to the BLO action a form of culture jamming? What does that term mean to you?

Yeah I suppose it was jamming the news. Culture jamming. That term was I think coined by the band Negativland. As I recall they defined it as something like interrupting the normal stream of communications – and sometimes inserting a new stream in its place.

Do you think children’s toys have got more progressive or are we still facing the issues of pink for girls and blue for boys that we saw in the 1990s?

Childrens’ toys have gotten more progressive. But it depends on where. And there are now so many terrible plastic toys. Maybe we have a bigger problem, which is the glut of really cheap plastic shit that is helping to choke out planet earth.

How has your involvement in the BLO action inspired your work as The Yes Men with Jacques Servin over the past twenty or so years?

Basically the BLO work was a stepping stone on the way to everything I have done since, including the Yes Men actions which have been the subject of several films. Check them out!