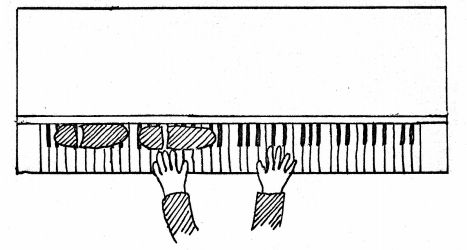 Sustain your errors is a series of workshops and events re-interpreting a set of ideas by artist and musician David Cunningham first used for his 1976 album Grey Scale. The project is based on conversations between Cicely Farrer and David Cunningham around ways of interpreting the scores and their guiding principles. Originally designed for sound, this project opens up the Error System for further interpretation across movement, moving image, dialogue and projection.

On Friday 23 and Saturday 24th November in the Vision Building, a new set of interpretations of the Error System were created. Facilitators Saffy Setohy (movement) and Adam Lockhart (music and video) worked with a group of participants from a range of artistic backgrounds to react to and interpret David’s playing systems.

The work is based on simple instruction sets, algorithms and heuristics, the foundations of the digital environment we now experience every day. The systems created are intensely repetitive and form potentially never ending loops. A group of performers were invited to input into a system and to attempt the fundamental tactic of sustaining their errors.

A set of provocations run alongside the project: follow despite disbelief; making myself do something I otherwise wouldn’t do; non-intentiality; the structures are clear if you choose to look…

On Saturday from 6-8pm, workshop participants and facilitators shared their experiments with the Error System scores in an informal evening of group performances. Joining the event were be artist Saoirse Anis and musician Atzi Muramatsu who created new works in response to the systems.

Cicely and David are currently putting together a diary of documentation, reactions and ideas which will be published here on the NEoN blog.

David Cunningham’s art work evades visual description as it is mostly real-time sound based and site specific. His installations and performances are experienced across sound, music, light, movement and the architectures of space. He frequently uses a systems approach. This systems approach could be through a sound loop, overlapping cycles, a set of instructions, collaborative conditions or the space the work inhabits.

Sustain your errors draws on an early work of David’s, Grey Scale, for which he set up scores/instructions in the production of his sound work in the late 70s. In its original form, Grey Scale is an album that was originally released as a vinyl record in a grey card sleeve in 1976. The album features tracks which are played across a range of instruments, percussion, tape recorders, synthesisers and water.

Glasgow-based Saffy Setohy works across choreography, performance, participatory work and movement direction in an expanded field. Interdisciplinary collaboration is at the heart of her work. Her current interests are around perception, interconnection, and interdependancy. Improvisation and working from scores, tasks and instructions are key to her practice.

Trained at Laban, Saffy graduated in 2007. She has worked as a performer with choreographers including Henrietta Hale, Matthias Sperling, Angela Praed, Willi Dorner, and performed in the restaging of Yvonne Rainers’ seminal post-modern work Trio A for Move: Choreographing You at the Hayward Gallery. She was an ‘emerging artist in residence’ at the Southbank Centre from 2010-2012, and is currently an associate artist of Insitu European network for art in public space, supported by UZ Arts.

Saffy teaches and facilitates in a range of education and community contexts, and is a visiting university lecturer. She is both an artist member and board member of The Work Room, an organisation supporting the development of contemporary choreographic practices.

Dundee based Adam Lockhart is a musician and media archivist. He has been involved with music and sound performance for many years, currently with cult indie band Spare Snare, electropop Man Without Machines, experimentalists The Devotional Ensemble and dub spoken word Bob Flambe & The Atoms of Desire. He is a leading specialist in the conservation, preservation and restoration of artists’ video. As Media Archivist & Researcher at Duncan of Jordanstone College of Art & Design, Lockhart has worked on various research projects including REWIND | Artists’ Video in the 70s & 80s, Narrative Exploration in Expanded Cinema with Central St Martins College of Art & Design, REWIND Italia and European Women’s Video Art.

He facilitates workshops with Dundee Contemporary Arts and Duncan of Jordanstone College of Art & Design.

The testing of the scores

During NEoN Festival, Cicely invited artist Katie Hare to experiment with and respond to the Error System scores at Centrespace VRC in Dundee Contemporary Arts. Moving-image and text based works were installed in the gallery alongside a programme of screenings, performances and audio works. Katie’s work examines the effects of the increasing rapidity of technological progress, particularly with regards to memory and obsolescence and the way narrative and storytelling is shifting as a result of this development.

Cicely has received mentorship in the development and facilitation of this project from artist Pernille Spence.

Supported by the National Lottery through Creative Scotland.

Image Credit: Drawing from Piano duo No. 1., instructions for performance, David Cunningham.  1971. Courtesy of the artist.