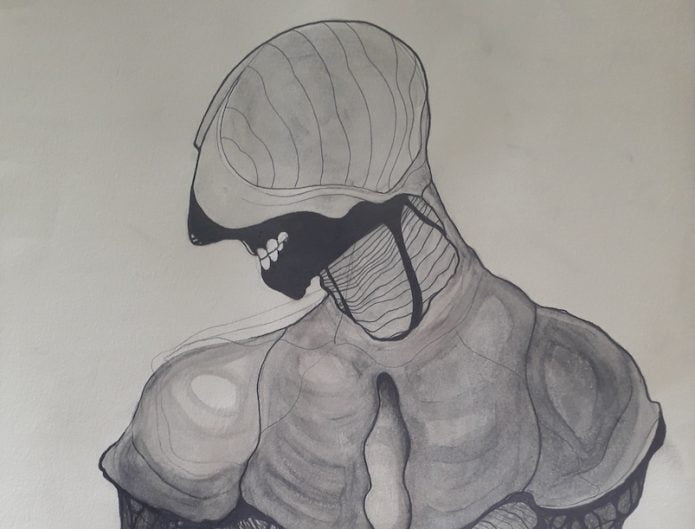 In association with Festival of the Future and V&A Dundee we invite you to join us for a discussion on how robots are helping to shape the world we live in.

The panel, including Scottish artist and Duncan of Jordanstone College of Art & Design alumnus Hallidonto – Graeme Gerard Halliday and Hobs Studios 3D Creative tech Lead Kadine James will challenge our assumptions and prejudices about robots, discuss their science and fiction, and celebrate the extraordinary creative relationships possible between humans and machines.

The panel will be joined by Ana Matronic, an avid lover of sci-fi and author of the book Robot Takeover: 100 Iconic Robots of Myth, Popular Culture and Real Life.

19 October 6:30PM, Tickets: £8 / £6
Juniper Auditorium, V&A Dundee, Riverside Esplanade, Dundee
As part of University of Dundee’s Festival of the Future. A ticket deal is available for both this panel discussion and the Ana Matronic DJ Set event, for only £20/£15. During this set Hallidonto will be performing one of his ‘Birth of the Cyborg’ VR Drawings.

About the Artists
Hallidonto’s (Graeme Gerard Halliday) a Scottish Artist originally from Dundee, He is an alumni of Dundee University, Duncan of Jordanstone College of Art. Hallidonto’s  work relates to his “Cyborgia Manifesto” his main focus is drawing; The essence of the cyborg became my own. The cyborg image has been an integral part of my childhood. The cold war had just ended – the cultural landscape of the ’80s was very much rooted in the future, the natural feeling of that time was dystopia from the cartoons/films, I watched as a kid, the advent of console gaming: Nintendo, etc. The image of man was always his metamorphism into the machine, or the machines taking over. I identified with the cyborg image, I wanted to be one. I identified with the concept of such a being, and it has informed my work to date. They are infantile and simplistic in their appearance but not in their construction, being drawn in one continuous line. The continuous line has such intrigue the build up of lines mirrors the essence of double helix structures akin to DNA, that create these lifeforms.

Kadine James – Learner, maker, innovator & 3D technology enthusiast, Kadine James is Hobs studios 3D Creative Tech Lead and is a prominent UK Tech Evangelist. Combining 7+ years’ experience in 3D Printing, Virtual Reality, Augmented Reality and Mixed Reality. She’s driven by big ideas, a global mind-set & empowering the use 3D printing in art and architecture. Kadine is – especially committed to the next generation #Immersive #Creatives #Makers #Designers #VR artists/gamers. She is also collaborating with international galleries, leading contemporary VR artists / architects, and sets out to create a platform for 3D printing VR/AR/MR learning opportunities for young people to get involved with 3DTech in central London, at Hobs studios hub and incubator for thought leadership in the wider 3D printing makers VR/AR/MR tech industry. Kadine is a technology correspondent with Planning TV. A Maker and VR producer and Immersive curator, Kadine produced the largest 3D printed Master Plan Project’s in the UK, she also curates 3D printing and VR projects the for the public realm along with working with leading VR artist’s.