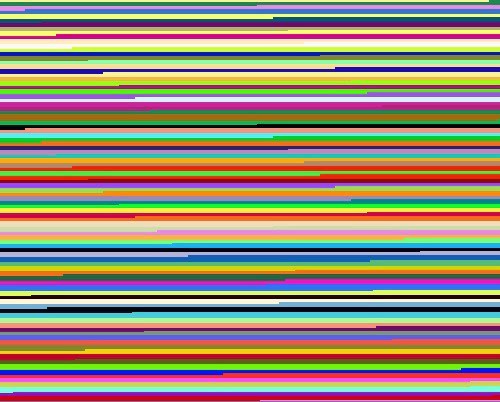 Dundee has a lot going on this week .. video games galore! As well as NEoNs own pop up event JODI: Variable Art for the Spectrum,  Abertay University’s DARE: Protoplay are hosting From DIY Design to DMA Design (1980 – 1990), a look at the decade which saw the rise of the home computer and DIY coding in Dundee and across the UK.

This exhibition is more than a historic look at this chapter in Dundee’s history, its a chance for locals to tell their stories and add to it. This project  wants to hear from locals who had a role in this period of the city’s history.

From DIY Design to DMA Design (1980 – 1990) has been commissioned by Abertay University as part of Scotland’s Year of Innovation, Architecture and Design 2016. With support from EventScotland and help from Fleet Collectives Director, Donna Holford-Lovell, it will make its debut at Abertay University’s Dare: Protoplay this weekend (Thursday 4 – Sunday 7 August).

“When Spectrum’s distinctive rainbow motif hit the streets of Dundee in April 1982, this revolutionary home computer gave people the ability to make their own games.

“From DIY Design to DMA Design will be an exploration of Dundee’s chapter of home grown computer-literate designers, finding out what drove them – whether it was a craving to replicate the arcade games of America or an overwhelming desire to understand how things worked.

“So, whether they were creating their own code or were even part of the ZX Spectrum production line we want to visitors to Dare Protoplay to come forward with their personal experiences.”

“The space will house two ‘collecting stations’ which is where we can collect people’s stories, including documenting artefacts, photocopying photographs or get people to register an interest in being interviewed for a future oral history project.”

Dr William Huber, Head of the Centre for Excellence in Computer Games Education in Abertay’s School of Arts, Media and Computer Games, said:

“The rise of Dundee as a hub for the British, and later European game industries, is more than just history: it is part of the living memory of the people who witnessed and experienced it, from its origins in the production of the ZX Spectrum at Dundee’s Timex factory, with the home-brew computer culture which surrounded it, through the growth of DMA Design (now Rockstar North.) This industry emerged in the context of a period of social and economic change in the 1980s and 1990s. Abertay University — then called the Dundee Institute of Technology — played a crucial role in creating this industry. We are pleased to be able to participate in this project, capturing the breadth of experience of all the people who lived through and remember that era, above and beyond the most celebrated game designers who are associated with it.”