We are delighted to hear that two of NEoN 2015’s artists, Ei Wada and Usaginingen, have scooped up the third World OMOSIROI Award. Bestowed to artists each year, the international award spreads the concept of ‘OMOSIROI’, a core value of Japan’s Knowledge Capital. The accolade showcases people from around the world whose pioneering activities epitomise ‘OMOSIROI’ (Japanese word for fun/interesting), and is Knowledge Capital’s way of sharing these values with the world.

The third volume of the World OMOSIROI saw Usaginingen and Ei Wada recommended by one of the 100 Knowledge Persons working in various fields and associated with Knowledge Capital. 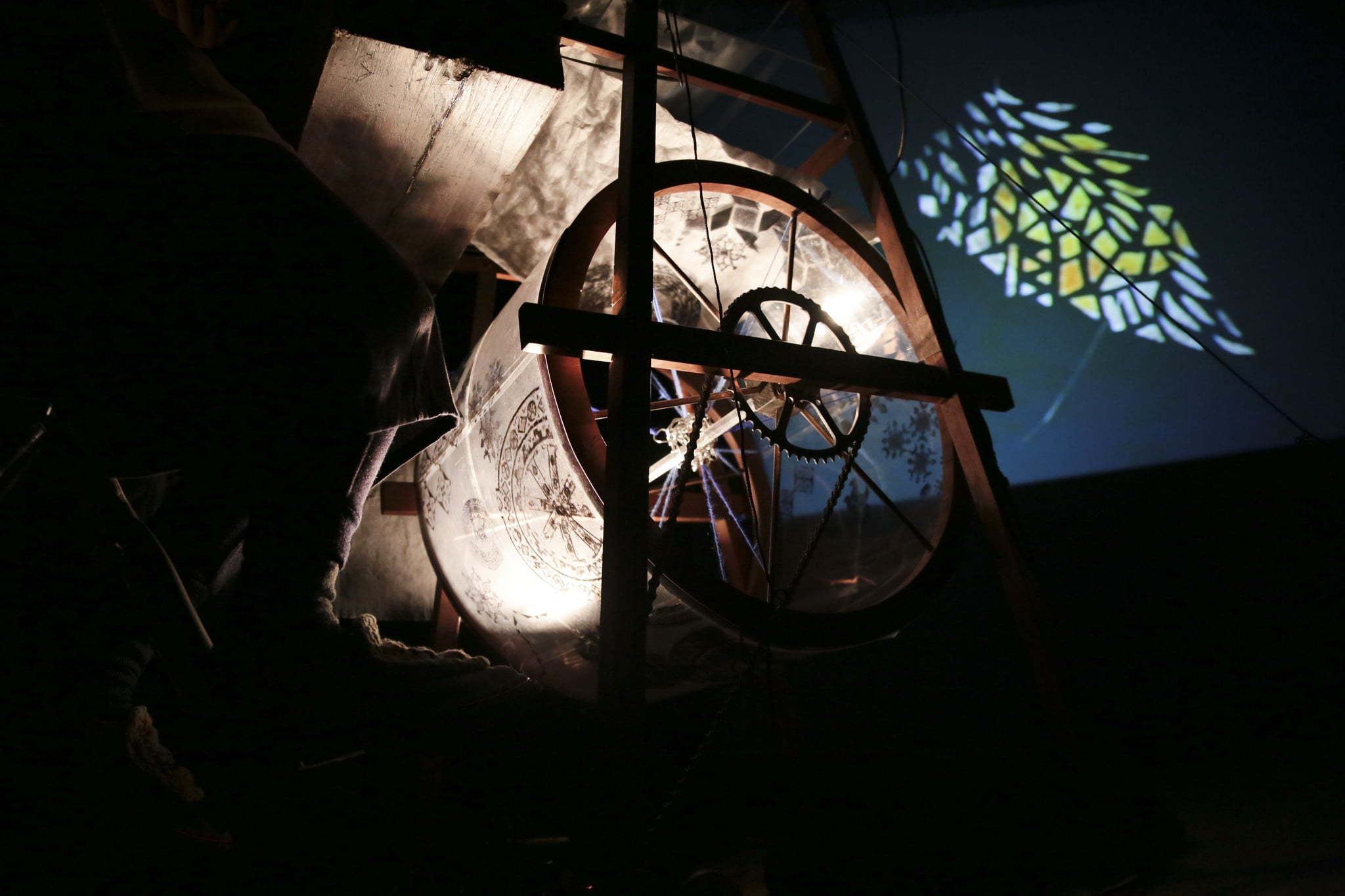 Photo thanks to Kathryn Rattray

Usaginingen were part of NEoN 2015’s finale event and saw the Japanese audio-visual duo share a night of live electronic music, audio visuals and kinetics. Attendees were blown away by the intricate detail of their performance.

They played a self-made analogue visual machine called TA-CO and a music instrument called Shibaki to create an elaborate treat for both eyes and ears. The TA-CO has a camera, a layered animation table, rotating drum, water-basins, coloured ink, beads, mirrors, prisms and hand crafts. The Shibaki is a kind of percussion kit, connected to a MIDI controller and to a string instrument. These were played together to produce surprising real-time visuals sound tracked by a live percussion score.

Each year we work with artists from across the globe to exhibit a unique calibre of digital art in the city of Dundee. Our 2015 theme ‘North East of North Asia’ saw artists from across North East Asia travel to Dundee to share their work during the course of one week in November. We’re thrilled to see two of our 2015 festival artists being rewarded for their truly unique and inspiring work. We enjoy hearing from previous exhibitors to discover what they’ve been working on since NEoN and sharing this news with our audience.