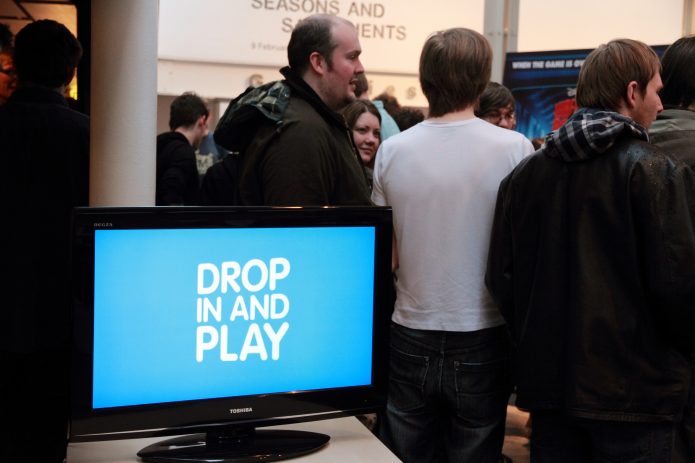 Games players just love to get their hands on something new. So it was no surprise that a good couple of hundred descended on the DCA this Sunday for our second Drop in and Play event. It was a chance to try out prototypes and new products from around a dozen games designers, many of them from Dundee.

Showing off their latest wares were everyone from independents through to well-known industry names like Denki. For them it was a great opportunity to do a bit of market testing, to identify and smooth out any wrinkles and just to showcase their work. 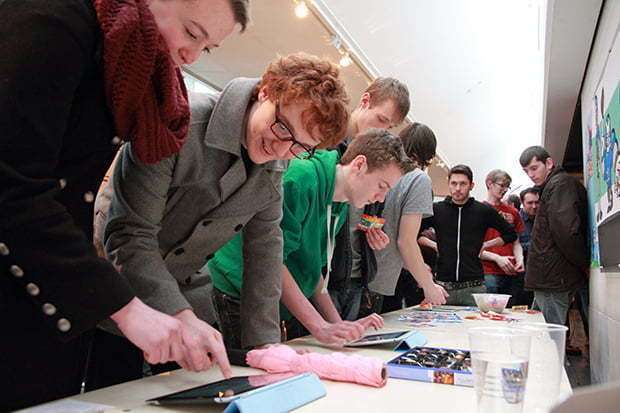 The level of creativity was impressive. One example was a great little word game by Things Made Out of Other Things where the player has to grab letters from a conveyor belt and fill in shapes to make words. Kids adored it – huge potential for stealth education, getting them to learn to read and write without it being a chore.

Another we liked had been created in just 48 hours at a games jam where the theme was the human heart beat. This game had waves moving across the screen – like on a heart monitor – which the character had to jump: simple, but well-made and really effective. 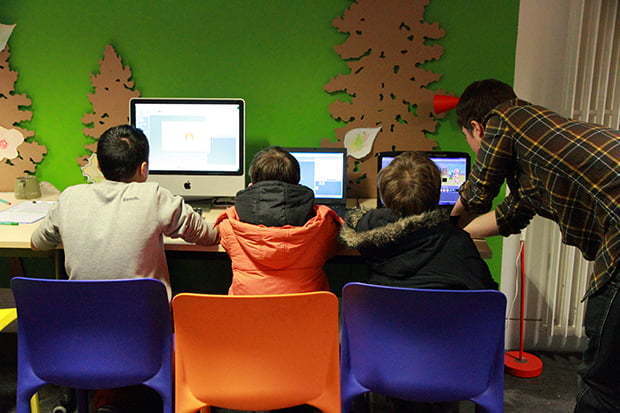 Our first Drop in and Play took place during last year’s NEoN digital arts festival. It was such a success that DCA invited us back for a second. It’s something we’d really like to see take off here. If Dundee is going to stay ahead in the games market, it needs to encourage players and designers at grass roots level.

The Drop in and Play approach seems to work – so thanks to the DCA for being so forward looking.