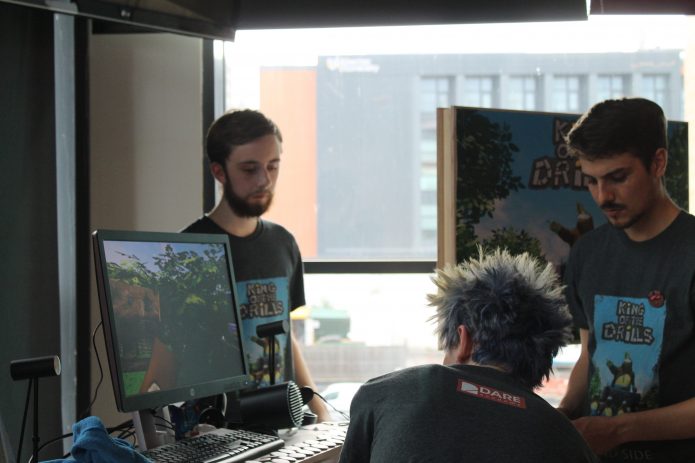 The standard of games at this year’s Dare Academy Play Party was very high, as members of the public crowded into the showcase event for Abertay University’s annual game design competition.

Sundown by Jamhead Games, one of six teams competing this year, allowed the player to soar above a beautifully rendered island landscape as they take on the persona of a fiery red phoenix. Designer Ryan McDonald explained; “As you play through the game you’re putting a god’s face back together… but it’s also just fun to fly about. The view is very cinematic.” 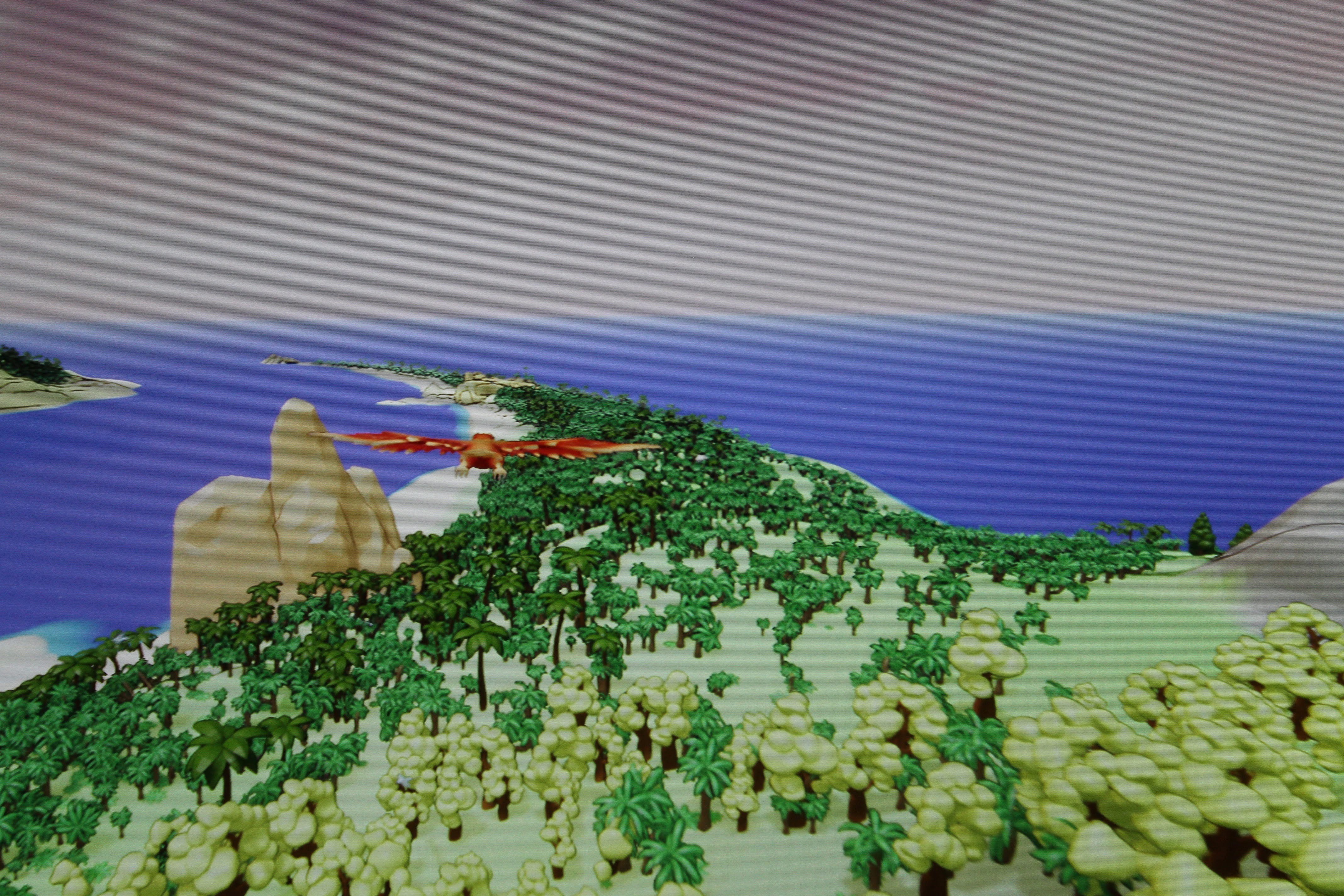 Another highlight was King of the Drills from Blindside, a VR strategy game where you control a bunch of hyper-intelligent moles who are conducting a civil war – using household tools to wage your campaign of violence.

“We asked ourselves, how would moles fight each other?” said team lead Sam Hodson. “To make the engineer’s gun work you have to take a can out and shake it, which is really funny to watch if someone is doing it in VR because they can’t see you laughing.”

Team Ghost Camp managed to rope Neil Gaiman into voicing their game, Tales of Treachery, where four players attempt to complete a choose-your-own-adventure style game while simultaneously seeking out the traitor in their midst. Adorable animation makes this local mobile phone game very appealing, even if the celebrity endorsement risks giving the team an unfair advantage.

Other games include; Station by Penrose Games, where the player must use grappling hooks to move around and try to uncover what’s happened to the rest of their crew; Spellcasters by Inner Circle Games, which involves rhythm-based combat; and Aurora by Team North Sea, where you attempt to find your way out of a frozen temple accompanied by a spirit named Aurora.

The teams will be attending EGX, a huge games fair held in London in October, where the final winner will be announced. A prize of £5000 awaits the winning team, my money’s on King of the Drills. But all the games show the high level of talent and dedication that the undergraduate students bring to the games courses at Abertay.

Words and Images by Ana Hine