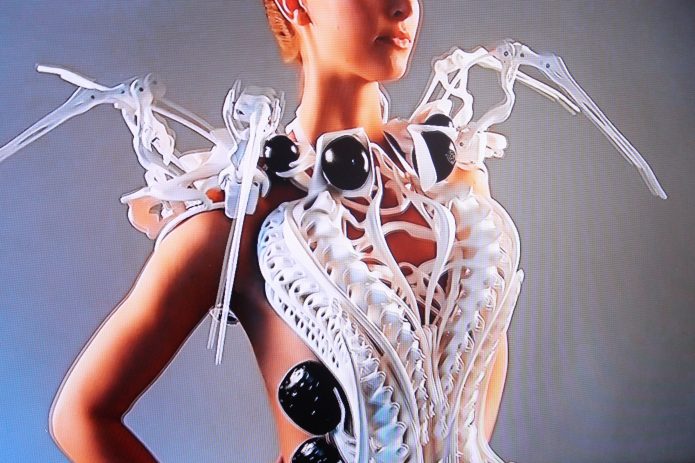 The Hello, Robot. exhibition at V&A Dundee is on until Sunday 9 Feburary 2020, giving you plenty of time to check it out. We caught up with Kirsty Hassard, curator of the show for V&A Dundee, to discuss Björk, programming empathy and whether robots will take our jobs.

How did you negotiate for the show to get here?

The show’s curated by Germany’s Vitra Design Museum. They’re very good at creating shows that tour and they were really keen to collaborate together. I think as museums we’ve both got a really strong ethos of design and it’s been a really wonderful process working with them. This is just the start of this relationship, because another one of our shows this year Night Fever is also a Vitra show. So hopefully there’ll be many opportunities to collaborate in the future.

In one of the sections of the exhibition Björk’s music video for ‘All Is Full of Love’, directed by Chris Cunningham, plays on repeat. It must be difficult for the visitor assistants to listen to the same song over and over again?

I mean there’s worse songs to have stuck in your head! It’s very calming I think. I’ve been in that room a lot so it’s been nice to have that sort of zen Björk playing in the background. I think they get used to it, well not used to it but I feel like each exhibition we do has got a separate soundtrack to it. So the Oceanliner exhibition was very 1930s, 1940s and the Videogames show had that sort of videogame music at the start. Whereas this time we’ve got this instead so it’s slightly different each time.

Björk’s music video for ‘All Is Full of Love’

What’s your favourite part of the exhibition?

My favourite section is section three. One of my favourite things about the exhibition is the research that’s been integral to putting this exhibition together. I think section three is so important because it really raises the questions about how we feel about robots being part of our present, so how we feel about robots taking care of us and how that might change in the future. I think these are questions that need to be addressed, which comes through in the selection of objects. And the fact that a lot of them are speculative, making us think, that’s just hugely important.

My favourite object in section three is a really sweet little object, it’s called Kip and it’s an empathy robot and it picks up on the tone in conversations. So if you’re having a conversation with a person and you’re speaking in a very optimistic, happy tone of voice it will be interested and it will come towards you and it will react. But if you change the tone of your voice and become very angry and shouty then it will shy away from you. And it’s this idea of, obviously it’s a program that’s doing that but you still feel emotionally affected by this little robotic object that doesn’t have a face, it’s got no facial features at all, but you still feel like, “Oh my gosh, I’m doing something that’s affecting this little robot. How do I feel about that?” And it goes back to that whole idea of how do we feel about the emotional intelligence of robots, do they have that capacity for feeling? How do we as humans respond to their behaviour in an emotional sense and how will that change in the future? It raises some really interesting questions. 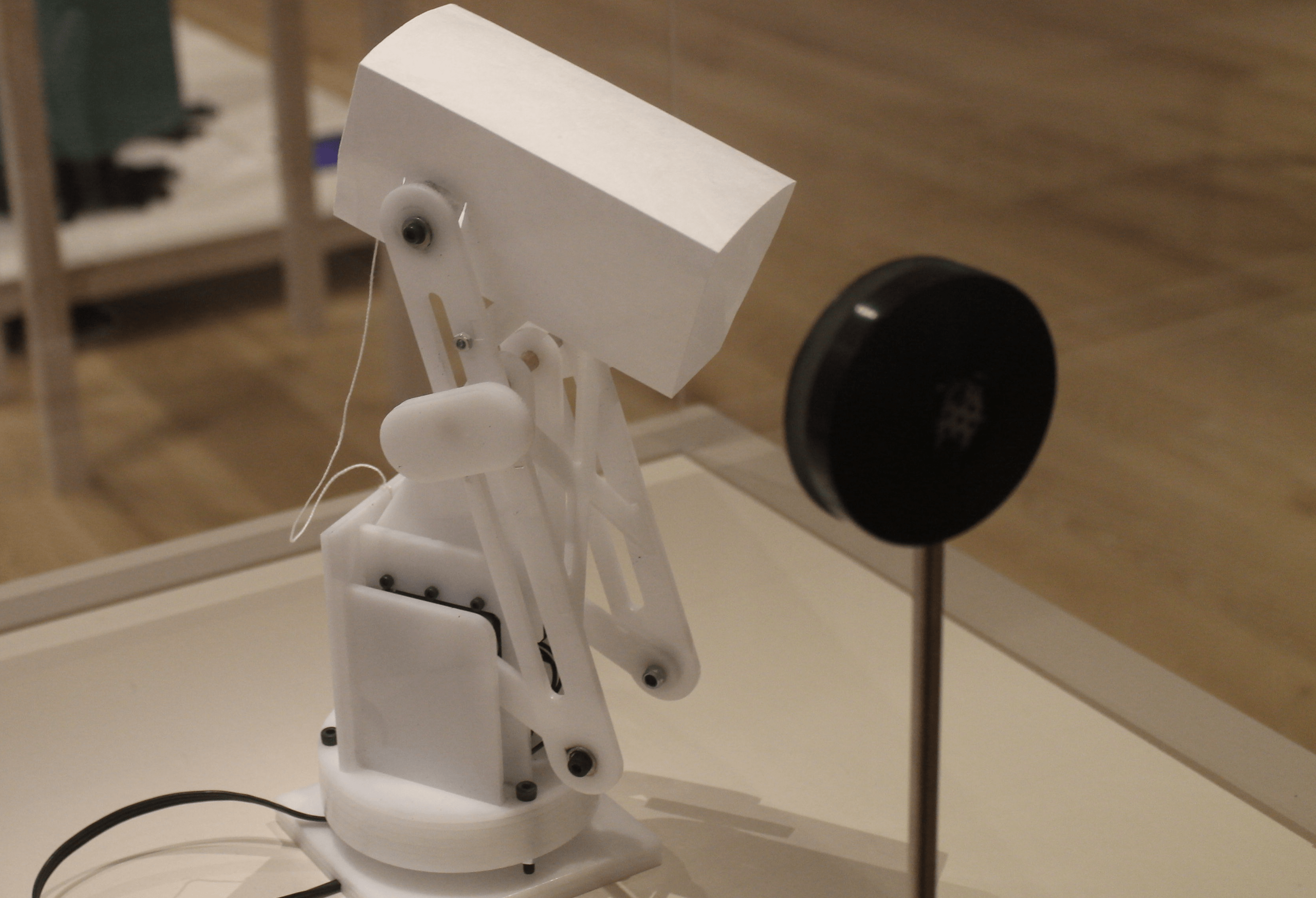 I love the questions that are hanging from the ceiling. I think that’s a really nice touch.

Yeah they’re great. The whole idea is that as a visitor you’re taken on a journey through the exhibition. There’s fourteen questions in total and as we say in the introductory text, they can appear almost naïve at the start but once you read them and once you see the objects that are connected to those themes it really makes you question your attitude and your views towards robotics. 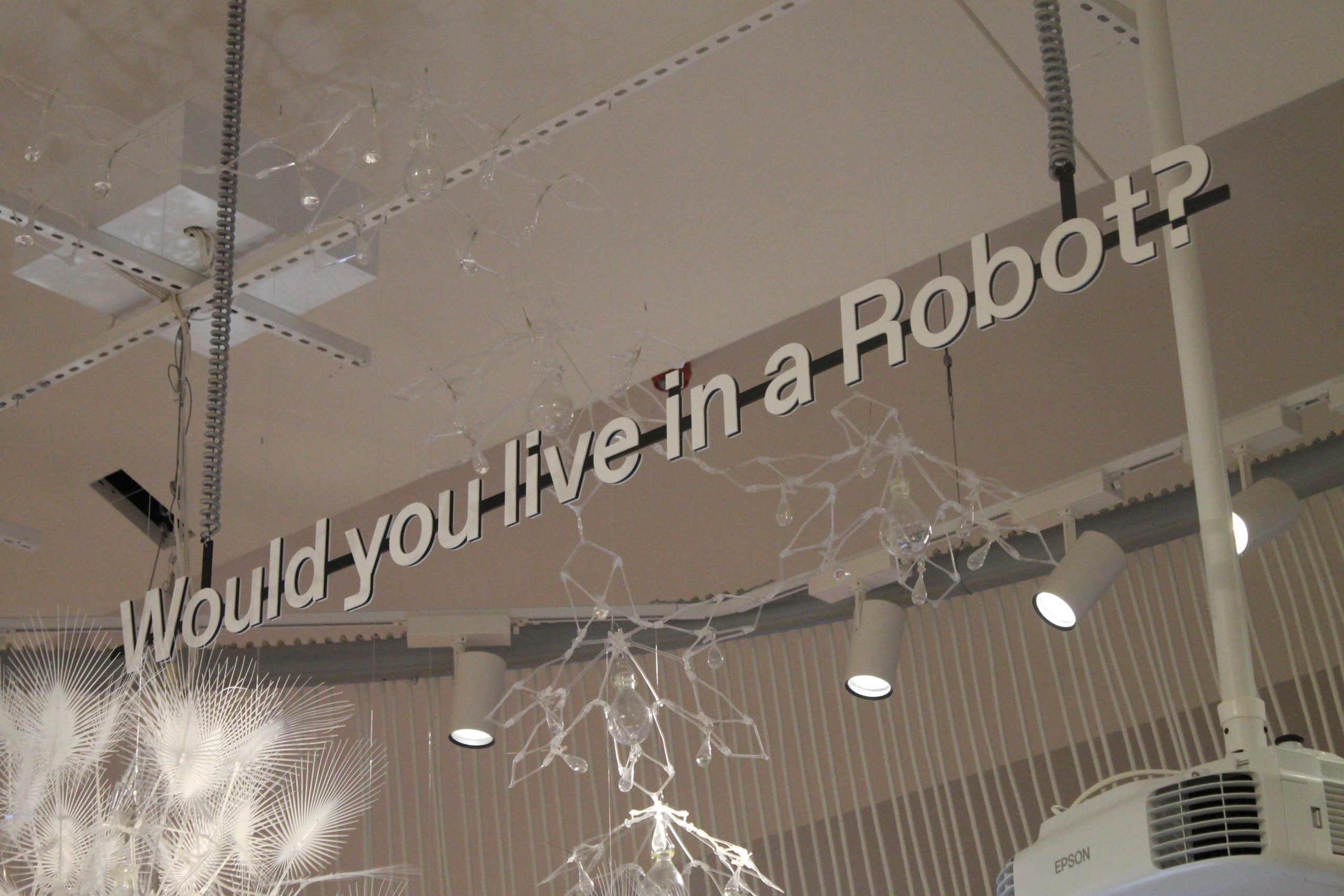 Would you live in a Robot?

What’s the question that makes you think the most?

Um, probably one of the ones in section four. It goes, “Would you live in a robot?” You read it and you think it doesn’t make any sense, and then you look at the objects and you think about it more and you think about the idea that we’re sort of surrounded by smart helpers and there’s so many aspects of our lives that involve some form of technology. It’s not too much of a stretch to say that many of us already live in a robotic world or a robotic house in some respect. And that’s just going to keep increasing in the future.

Would you live in a robot?

Probably not, but I’m a bit of a luddite!

One of the questions I had prepared for you was; could a robot do your job?

My job personally? Um, I think one of the things, it’s not exactly comforting, but section two of the exhibition looks at our attitudes towards robots in the workplace and the whole idea of that section is to look at how we can collaborate with robots. So rather than robots replacing us, how can we work alongside them? We already do in so many ways. And it looks at how our jobs will change in the future. So many jobs have changed, not necessarily been lost but have just changed, because of robots. There’s a really interesting BBC app called ‘Will a robot take your job?’ and it looks at the probability of a robot replacing you in the workplace and anything creative is still pretty far down the list. So as a curator, or someone who works in a museum, I’m still pretty safe! There’s probably some parts of museum work that will be taken over by robots in the future, things like cataloguing – that side of it could be something that could potentially be taken over by robots. But I think the creative thinking of how you put an exhibition together is still very much in the creative human realm. Or could you put an exhibition together using an algorithm?

Do you own any robots yourself?

I think at that point you need to question what a robot is. I mean, your phone is a robot. Like I said the exhibition made me question the whole idea of what robotics is and how robotics has influenced my life. So I definitely didn’t think at the start of the exhibition that I owned a robot, but I think now very much I do.

Yes, come and see the exhibition!

Featured Image is Anouk Wipprecht’s ‘Spider Dress 2.0’ which is on show at the Hello, Robot. exhibition.