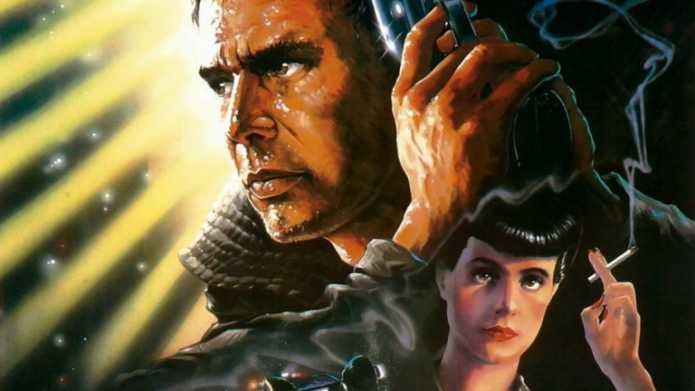 Every year we work with New Media Scotland to deliver an Atmosphere event – an immersive cinema experience. If you enjoyed Wreck-It Ralph in 2016 or Coco in 2018 then we have a special treat for you this year: the futuristic film Blade Runner.

Ridley Scott’s seminal 1982 science-fiction fantasy dystopia of replicant robots gone rogue in Los Angeles is set in November 2019, the same month that both the ‘Hello, Robot. Design between Human and Machine’ exhibition at V&A Dundee and the NEoN Digital Arts Festival open.

Join us for the first time inside V&A Dundee’s Locke Hall as it is transformed into the Tyrell Corporation for one night only to host our expanded screening of this iconic film. Come dressed as your favourite character for some neo-noir cinematic fun, with prizes to be won. Over 15s only.

This ties into NEoN’s theme this year – REACT – as the film questions how we might react to a society that insists on divisions between ‘us’ and ‘them’ to justify dehumanising practices including slave labour and genocide. A study in techno-capitalism, the film presents an uncomfortable dystopia and forces us to confront a future that thankfully hasn’t arrived yet….