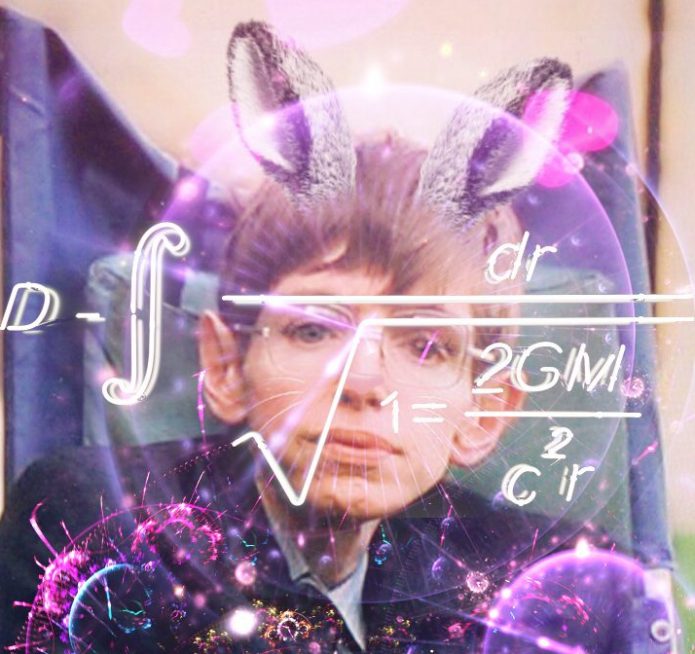 Al Holmes and Al Taylor, known professionally as AL and AL, met in the last 90s and started making films together after graduating from Central Saint Martins. Through experimental and surreal films they explore science fiction and the possible futures promised within the genre. Blogger Ana Hine caught up with them to chat about their wider art practice and the piece they’re working on for NEoN this November.

Hello! So my first question is; what attracts you to science fiction? And how important is it to you that the science behind your films is sound?

We’ve always wanted to live in the future. Reading, hearing and seeing science fiction work enables us to travel into the future. The greatest science fiction becomes true. There is a co-dependency between science and science fiction. Many scientists and engineers acknowledge that science fiction helped to spark their imagination of what was possible in science. When we met Yann LeCun, the head of machine learning at Google, he told us Stanley Kubrick’s 2001: A Space Odyssey was the reason he became a scientist. In 1945 Arthur C Clarke began privately circulating copies of a paper that proposed using space satellites for global communications. Clarke, a physicist and budding science-fiction author, had his head firmly in the future we now all live in. Our new exhibition at NEoN goes down the rabbit hole exploring the most recent, mind bending discoveries physicists have made about time. What we now know about time is so strange we experience it as science fiction.

You refer to ‘thinking machines’ rather than ‘artificial intelligences’, could you explain why you make this distinction?

We believe calling something artificial is derogatory. If I said would you like some artificial food you would wonder if it was good for you. If I said the emotions portrayed by an actor were artificial you would think it wasn’t natural and therefore fake. As a gay man I have always been told I am not natural. As a gay couple we sometimes experience homophobia, like when we check-in to a hotel some receptionists make us feel like it is not natural for two men to share a bed. So, when we hear the word artificial applied to machine intelligence we are aware humans are being derogatory, calling the machines unnatural. Those who have power define themselves as natural, it suggests an inner truth, the right way to be. Those who are natural have the power to define those who are not. The inventor of the computer Alan Turing was a gay man who really dreamed of building an intelligent machine. He wanted to build a thinking machine to help him study human consciousness. As he was a pioneer of sentient machines in the early 1950’s, Artificial Intelligence was not a term in use at that time. Tragically, we believe some of the homophobia Turing experienced in his life has passed over to the intelligent species he has helped to create.

Do you think you would have an art practice if computer technology didn’t exist?

We use computers because it is the most relevant medium at this moment in time. We live in the computer age, no question about that. So, we use computers to make art with. It’s a really simple equation. We live constantly with the idea of parallel realities, knowing they are a mathematical probability. Since the day we met, we have always made films and created art together. In another time and space, I am sure we are together in a cave drawing bison with black charcoal, one of us holding up a burning torch to shed light on the unique surface of stone.

Your film ‘The Creator’ looks at the last few hours of Alan Turing’s life. What do you wish you could say to the creator of modern computing?

We speak with him all the time. All of us do when we use our smartphones and computers to message one another. We speak through Turing and the machines he created. The film we made about the last day of Alan Turing’s life speaks to Turing about the future he created. A Thinking Machine from the future travels back in time to speak with him. So, the best way of answering this question is to go and see our film The Creator when it comes out at the cinema and you will discover what it is we wanted to say to him!

Are there still plans to make a full-length feature version of ‘The Creator’?

The Creator feature film is in development, we are currently in the process of completing finance so we can go into production.

What software do you use when making your work?

This question enters the secret space of our studio.

How has digital art developed in the time you’ve been making work, and where do you see it going in the near future?

The ability to make images digitally has increased exponentially since we began. The history of our work is symbiotic with the history of computing power available at that moment in time. What would have taken weeks to render can now be created live on snapchat and sent on your smartphone in seconds. Joseph Beuys once said, “Everybody is an artist” and that has never been truer today using snapchat on the smartphone in your pocket. Everybody using snapchat is creating digital art every day. In the near future computer generated enhancements and image treatments we consume daily will metamorphose reality. “I want to look like I do on snapchat”, sometimes I want to walk around with bunny ears, or have my skin smoothed out so I look really glamorous as if I’m on the cover of a magazine. Reality is the final frontier, I don’t want to just look good in a photograph or a film I want the same treatments in reality. Everybody does. This transgression into the real will require some intervention with seeing itself, a digital treatment enhancing what we actually see as we walk down the street or dance in a club or sip coffee in a café or type emails in a shared office space. How we make this happen will either involve digital contact lenses worn in the eyes or neural manipulations. Let’s see!

What are you looking forward to about this year’s NEoN digital arts festival?

We are really looking forward to our adventure in Dundee. We are going down the rabbit hole and exploring the mind-bending reality of spacetime in an installation at the most loved clock in Dundee. This special clock in the heart of the shopping centre has mesmerized generations of children in Dundee. This clock has inspired Dundee to watch time, mark time. Inspired by this magical timekeeper our installation will take Dundee into our new evolving conception of time. And when all of this is up and running we will enjoy seeing what everybody else is up to and eating some Dundee cake!