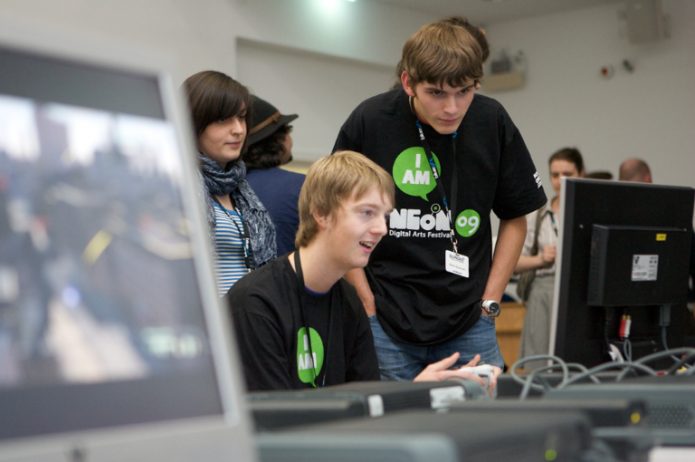 Almost a decade has passed since the first NEoN Digital Arts Festival, so as we prepare to welcome artists and makers from across the world to our fair city of Dundee we decided to also take a look back on ten years of digital art festivities.

NEoN – which stands for North East of North, a reference to Dundee’s geographical location on the east coast of Scotland above what is termed the ‘North’ of England – was initially going to be a business conference. Director Donna Holford-Lovell explains how that idea was quickly dropped in favour of a festival. She said: “A small team of industry professionals persuaded them to make it something much more as they were bored of business conferences. With a focus on moving image, music and information technologies, the festival offered talks, performances, screenings and exhibitions that expanded the notion of art, information communication, media production and game design.”

Over two thousand visitors attended the first festival, which featured keynote addresses by the late Bud Luckey, the animator and character designer for Toy Story, and video game composer Tommy Tallarico. Donna organised a fringe exhibition with curator Clare Brennan, which included game demos, video work, concept art, and music. She says: “It was so successful; we had thousands of people through the door in the first few hours. It proved that there was an audience for this kind of thing and really helped show off what Dundee had to offer.” 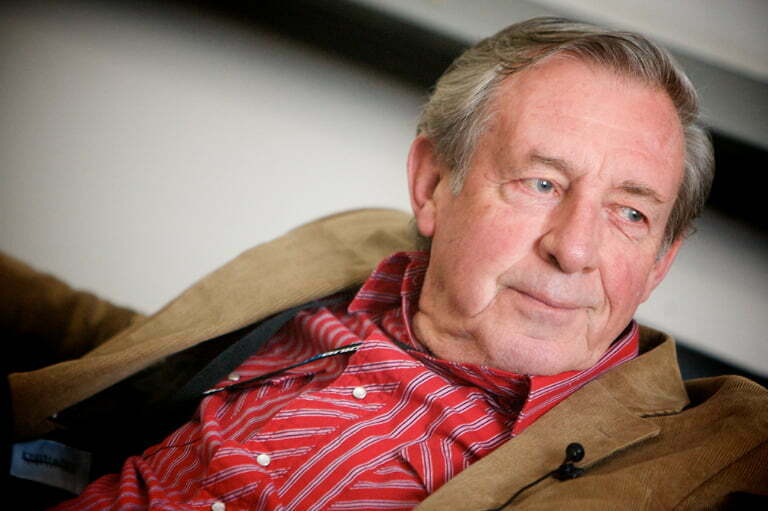 Bud Luckey at the very first NEoN in 2009

The festival went from strength to strength. A personal highlight for Donna was being able to commission a new work by Japanese artist Akinori Oishi for the second festival in 2010. She says: “In 2008 I went to New York to see Akinori Oishi speak at the Pictoplamsa Conference. I had followed his work for a while, and I wanted to work with him. Then in 2010 we decided to go for another iteration of the NEoN festival with a theme of Character – it was the ideal opportunity to invite Oishi to exhibit and create new work for the festival.” 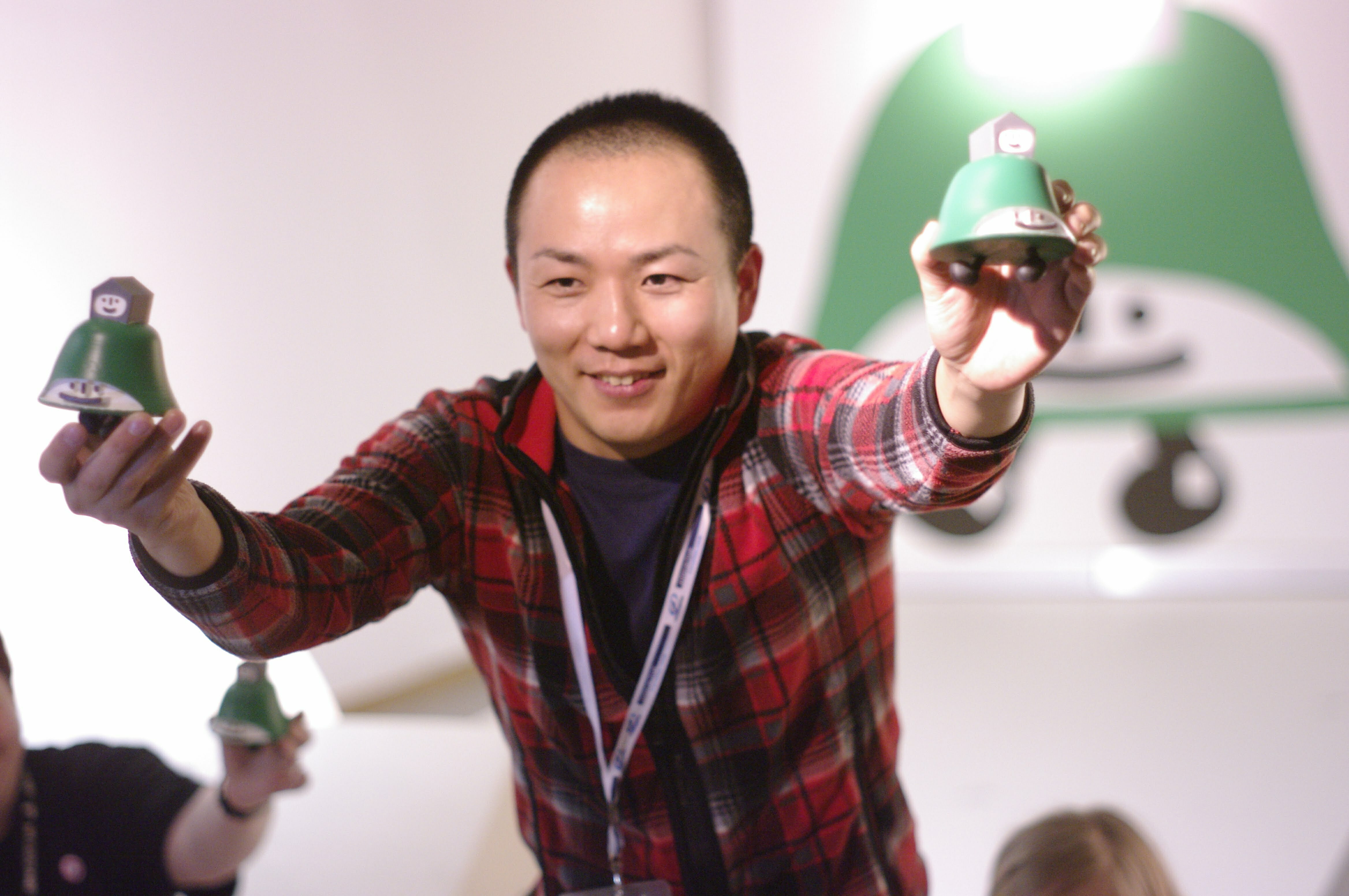 Being able to commission new work is one of the main perks of organising a festival like NEoN. Donna explains how in 2015 they were able to work with another Japanese artist – Ei Wada. With funding from New Media Scotland she travelled to Japan to meet the artist and his gallery manager, Habu Kazuhito, which led to Wada having his UK premiere at NEoN that year. She explains: “This resulted in a number of new commissions that have played in big part in his development. He has gone on to be a very prolific and celebrated artist all over the world. It was such a pleasure to work with him and all the team involved.”

Obviously funding is a big part of any artistic venture and NEoN has been fortunate to have managed to secure a fair bit over the years, most recently from Creative Scotland. When asked what she wishes she’d known when she started Donna replied: “Many things … one important thing is not to rely on financial support from organisations that don’t understand what you do, or don’t understand the value of what you do!” She also emphasised the importance of getting written agreements from everyone involved at the onset, but admits that part of the fun over the last decade has been not knowing exactly how things are going to play out. She said: “Knowing too much may have not made it as exciting. Every year has been a rollercoaster which helps fire the passion and adrenaline. Knowing that NEoN is now ten years old makes me feel old! But it also makes me smile. I always said I would make it work and it would become my full time job – and it has. Also becoming a regular fund organisation with Creative Scotland makes us very proud. It proves we have been doing great things and that there is an appetite for it.”

There’s certainly an appetite for NEoN, and as we enter its tenth year expectations are high. Will the festival continue for another ten years? “I would hope so, however I may have emigrated to Japan by then!” laughs Donna. “It’s a little difficult to say at the moment, but this year’s programme is shaping up to be very exciting!”