You’re on a night out, had a couple too many alcoholic beverages and your more outgoing friend suggests karaoke (gulp) … Together you pick your favourite song that you (hopefully) know most of the words to and sing your heart out.  Surprisingly you actually enjoy screeching in front of total strangers.  Ever wondered where this phenomenon originated from?

Karaoke has become a popular interactive entertainment activity – with the global karaoke market estimated to be worth nearly $1 billion.  Karaoke is defined as an amateur or amateurs singing along to a song following the lyrics on a screen into a microphone.  The music plays without the vocals and the songs are typically well-known.

The first karaoke machine was invented by Japanese musician Daisuke Inoue in Kobe, Japan in 1971 however Inoue admits to not creating the name “karaoke”.   A Japanese entertaining group created the phrase after an orchestra went on strike and a machine was used instead to play the music.  “Karaoke” translates to “empty orchestra”. 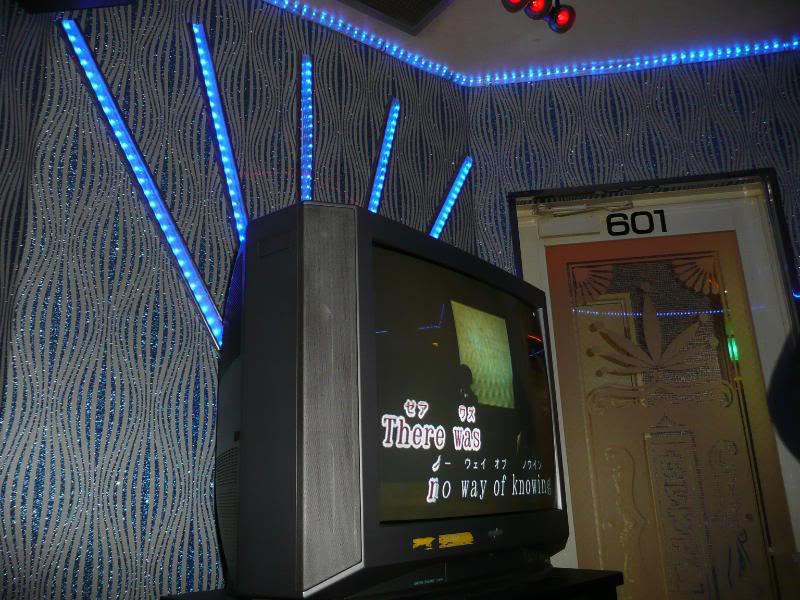 In Japan, providing musical entertainment is a tradition at dinners and parties and often guests of Inoue would request recordings of his music to sing along to.  The president of a small company asked Inoue to record some of his keyboard music for him to sing along to for business clients. Inoue did so and it was a successful and enjoyable experience for them both.  Realising the gap in the market for a product that let people interact with and participate in popular music, Inoue created a tape-recorder machine (the Juke 8) that played songs when money was inserted.

At first the market was uninterested but after getting a better understanding of how the machines worked the demand for them rapidly increased.  Two club owners decided to have the machines in their clubs in Osaka and this catapulted the karaoke craze even further.  Sound-proofed ‘Karaoke boxes’ were invented and built on empty grounds over Japan so that people could enjoy the activity without fear of disturbing others.

Due to their love of singing, the Japanese have a very non-judgemental attitude towards listening to others sing and this is probably why karaoke has become such a success there.  The success has reached new places though as karaoke has spread to Korea, China, South-East Asia, the U.S. and Europe.

Currently you can find karaoke in nightclubs and bars and can even enjoy it from the comfort of your own home with karaoke-based games available such as ‘Singstar’, ‘Sing it’, ‘Lips’ and ‘Karaoke Revolution’ to name a few.  Technological advancements have even allowed these games to rate your singing on how well you are in-tune, timed and other factors.  Many invite you to sing along as a group as well and the success of these games has led to the creation of instrumental karaoke games such as ‘Rock Band’.

The real appeal of karaoke is that it isn’t exclusive just to those who can sing well – it’s an invitation for anyone, anywhere, to belt out a tune that the audience will probably recognise and sing along with too!  It brings people together to appreciate music and creates a fun and connected atmosphere. If you’re interested in karaoke, come along to NEoN’s very own ‘Yuck ‘n Yum: Screenings & Karaoke’ on November 13th from 7pm – 10pm. Book your FREE tickets here.