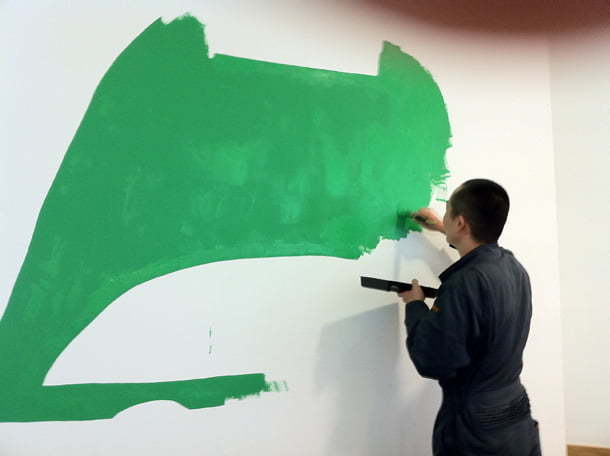 For NEoN 11 we have created something that we think is just a little bit special. It is a hand-cast and hand-painted 5″ high polyresin character based on Dundee’s famous Law (hill) and created by renowned Japanese artist, Akinori Oishi.

Aki created the character for his first UK exhibition during NEoN 10 in Dundee, it was his reflection of a city he had never seen before. While talking to him about his work he mentioned that he had never had any of his work turned into a toy or figure and this was something he would very much like.

Aki’s painting and character design that started this process

From this conversation we got Chris Alexander from Creo design (a product designer who had recently moved to Dundee from Glasgow). We set a challenge for Chris to create a 3D model of Aki’s Lawhill character and have it available for the opening of Aki’s Show… which happened in 1 week.

Chris pulled out all the stops… including painting the prototypes himself and with the opening already in full swing, Chris turned up with a box under his arm containing 3 (still slightly wet) Lawhill prototypes. 1 for him, 1 for Fleet Collective and 1 for Aki.

After the excitement of NEoN 10 had died down we sat down and started planning for the next year. The first thing on my mind was how we could carry connections through from NEoN 10 into the following year  – and there was no better way to do this, in my mind, than to carry on the collaboration between Fleet Collective, Aki and Chris. So we set about producing a limited edition run of the figures that could be made available first to NEoN 11 visitors.

So, designs were refined and passed between Dundee and Japan while Chris started making contact with production facilities to get samples and check standards etc.

In this time we produced several prototypes to test the design and finally everything was ready to send to production. The company that would create the final pieces was a small company on the outskirts of Hong Kong, China. They were very attentive and very good at keeping us informed with images and updates from the production process – and probably to prove there were no children involved!

One of the prototypes produced in China, note the lack of embossing on the face on the monument

While they were working hard creating all the casts and hand painting all the pieces we set to work creating the packaging. This started life with Fleet Collective producing a template that was then passed over to Aki, who layer down the initial design ideas and passed it back to Fleet where more colour was added and type was refined. 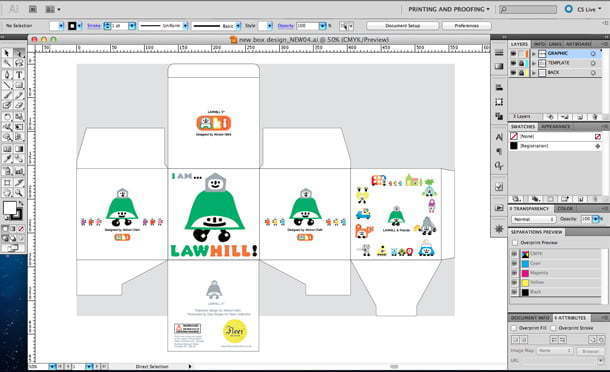 This process continued until we had packaging we were all happy with and the final file was sent to the company in China to be printed and built.

The moment the final pieces arrived at Fleet, it was like the best Christmas ever!

The shipment of completed pieces arrived on Monday 31st October and, I am not embarrassed to say, it was like kids at christmas at Fleet. We were under instruction not to open the shipment until Chris could make it to the office so there was 60 mins of excruciating waiting before we could open everything up. 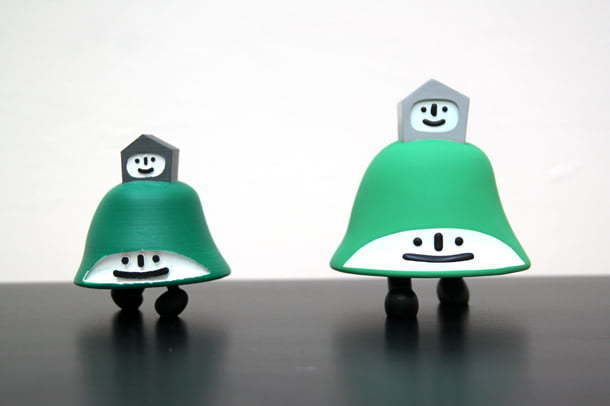 Comparison between original ‘rapid prototype’ and the final production piece.

The final quality and feel of the pieces far exceeds what we had hoped for and the whole process has been an exciting learning curve which you can benefit from when they go on sale on Saturday 5th November at Chamber East. Here we give the people who support NEoN the first opportunity to buy one before they are made available to the rest of the world on 14th November. 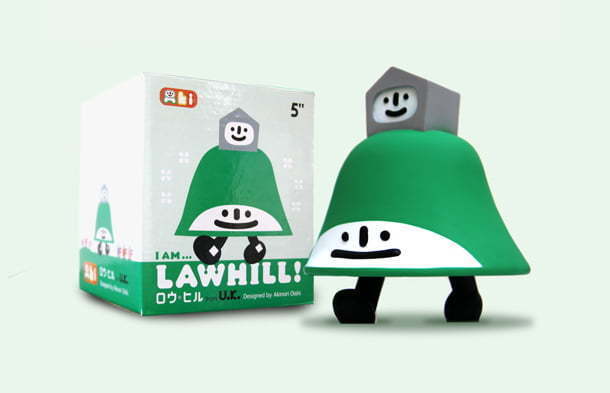 The final packaging and figure

Come along to the Pop-Up Shop (open 12pm – 5pm during NEoN, special late night opening on Tuesday 8th Nov) and see the original prototypes and moulds plus some previews of future exciting projects.