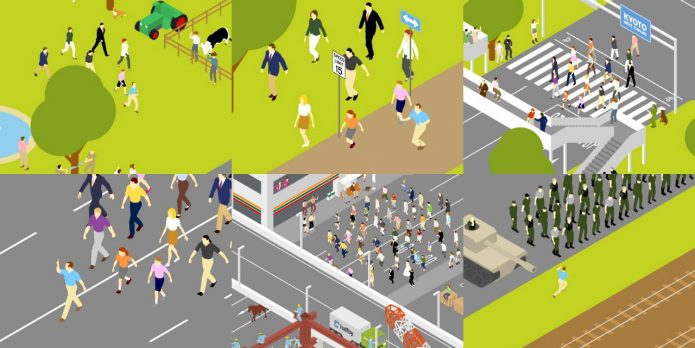 As part of our pop-up programme, we are collaborating with Abertay University to co-curate a space at DARE, the biggest indie games festival in the UK. The NEoN team will present digital artworks by UBERMORGEN and Groovisions that reflect the theme of this year’s festival – ‘North East of North Asia.’ This will serve as a soft launch for our festival in November.

Here’s a little more info on UBERMORGEN and Groovisions to help set the scene for this year’s festival.

UBERMORGEN is an artist duo registered in Germany, Austria, Switzerland and Bulgaria. Hans Bernhard and Maria Haas founded it in 1995. Their open-ended investigations focus on the concept of corporate and governmental authority, power structures, and institutional and individual responsibility. UBERMORGEN looks at online games and virtual worlds like World of Warcraft and Second Life which are characterised by their own economy and have an in-world currency, which in some cases can be converted into ‘real’ money.
In 2005 there were over 2000 Online-Gaming Workshops in China that hired more than 500.000 people to play online games such as World of Warcraft day and night. The gaming workers produced in-game currency, equipment, and leveled-up characters which were then sold to American and European Gamers via Ebay. These people were called ‘Chinese Gold Farmers’. UBERMORGEN explores and documents this phenomenon in the project ‘Chinese Gold’.
UBERMORGEN explores and documents this phenomenon in the project ‘Chinese Gold’. At DARE, NEoN will present a video showcasing a teleportation hack in World of Warcraft, repeated over and over by Chinese gold farmers. 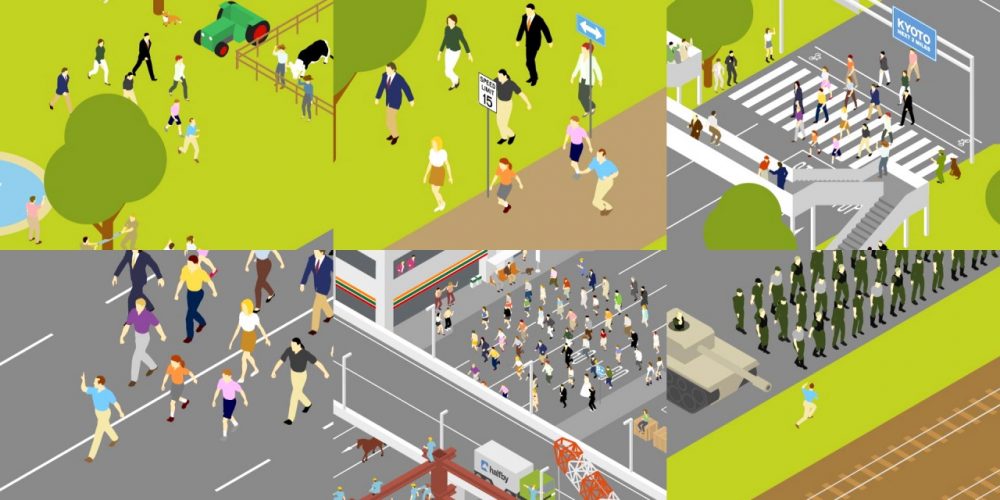 Groovisions are a well-known design house from Japan, in particular famous for producing films and graphics. The studio was founded in 1993 in Kyoto and moved to Tokyo in 1997. They are active in a variety of media, including music, publishing, product, interior, fashion and the web. Major projects include motion graphics, producing CD packages and music videos, art direction for magazines and exhibitions.

In 2005 Groovisions created a music video for the musician Halfby called Rodeo Machine using the drawn characterless figures that are normally used by architects. Within the video they are brought to life, dancing, being chased by security guards and having the time of their life.

You can catch Groovisions – Rodeo Machine and UBERMORGEN – ‘Chinese Gold’ at DARE. DARE runs from August 13 to 16 in the Caird Hall and City Square. The festival is free and suitable for all ages.