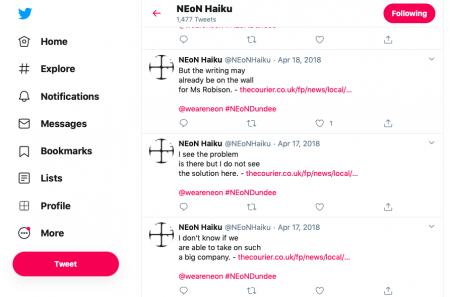 A screen grab from the NEoN Haiku Twitter feed. The first haiku reads; “But the writing may already be on the wall for Mrs Robertson.” . The second haiku reads; ” I see the problem is there but I do not see the solution here.”. The third and final haiku reads; ” I don’t know if we are able to take on such a big company.”