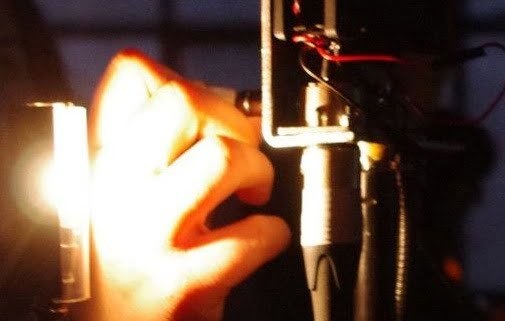 A curated series of national and international artists’ shorts reflecting the festival theme of media archaeology including projects in which artists have uncovered and repurposed tropes from digital media history, examined the underlying code and structures of video games, and imagined our future relationships to digital technology.

This year’s selections include  projects in which artists have uncovered and repurposed lost elements from digital media history, examined the underlying code and structures of video games, and imagined our future relationships to technology, as well as how technology shapes our vision of the past.

If we really want to use technologies to their potential, we need to preserve and save as much as we can. FloppyTrip is the new frontier in recycling.

Man With a Movie Camera: The Global Remake is database cinema based on a 1929 masterpiece which belongs to world cultural history. Through a website, people around the world uploaded footage to interpret Vertov’s original script for the 21st century.

In The Collapse of PAL, the Angel of History (as described by Walter Benjamin) reflects on the PAL signal and its termination. This death sentence, although executed in silence, was a brutally violent act that left PAL disregarded and obsolete.

Other Places is a series of short videos which celebrate the artistry behind designed environments in videogames. Quiet and meditative, the focus is on atmosphere, not action.

Sara Cwynar is interested in how objects circulate via the Internet, in the lives they have now that they could not have had before. In the film, the artist collects, arranges, and archives her eBay purchases of dated objects according to a logic based upon colour, material, vintage, and use.

In this short animation, Oliver Laric mines the libraries of generic and often anonymous clipart which was usually built into word processing and design software programs during the 90s and early 00s.

Created for the Visual Essay Jam, an event organized to explore alternative methods of games criticism, this video essay explores the history of depictions of landscape and perspective in videogames, and how they were informed by both the rise and fall of Enlightenment philosophies.