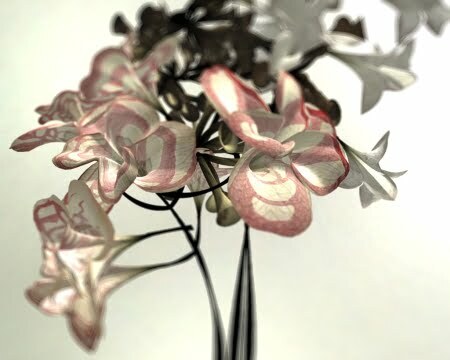 
“A huge space of endless predetermined possibilities”: Computer art and the influence of D’Arcy Thompson

A public lecture by Catherine Mason. Organised by The Abertay Historical Society as part of the Centenary of D’Arcy Thompson’s ‘On Growth and Form’.

This talk considers how the writing of code has been used to draw since digital computing technology became accessible to artists from the mid-1960s.  Computer art is a rare and sometimes overlooked example of inter‐disciplinary cooperation within the history of art.  D’Arcy W Thompson’s ideas from On Growth and Form had a formative influence on the pioneers of algorithmic art including Harold Cohen, Manfred Mohr, Frieder Nake and many others.  New frameworks for collaboration between arts and sciences were established by these pioneers.

Thompson’s thesis continues to be important today with a younger generation who see a correlation with the way things grow & the shapes they take on and the crafting of code to produce art.

In this talk we will learn how complex and visually arresting imagery often comes from surprisingly simple sets of instructions.  We will discover that the use of the computer offers “a huge space of endless predetermined possibilities.” (William Latham, artist)

Presented by the Art Fund and the Esmée Fairbairn Foundation


About the Artist CATHERINE MASON was born in Australia, raised in the United States and trained in Britain, gaining a degree in History of Art from Birkbeck College, University of London (1993) and a Masters in Museums & Gallery Management from City University. For nearly twenty years she has worked variously as an educator, researcher and writer (with forays into curating), based in London and Norfolk.

A special interest in the history of Computer and Digital Art was fostered in 2002 when she was awarded an AHRC research position at Birkbeck College, University of London, investigating the history of digital art. During this time she interviewed over 60 British pioneers of early digital art, and their artwork, experiences, collaborations and stories are told in her book A Computer in the Art Room (2008), as well as in a further co-edited collection of essays White Heat, Cold Logic (2009), published by MIT Press.